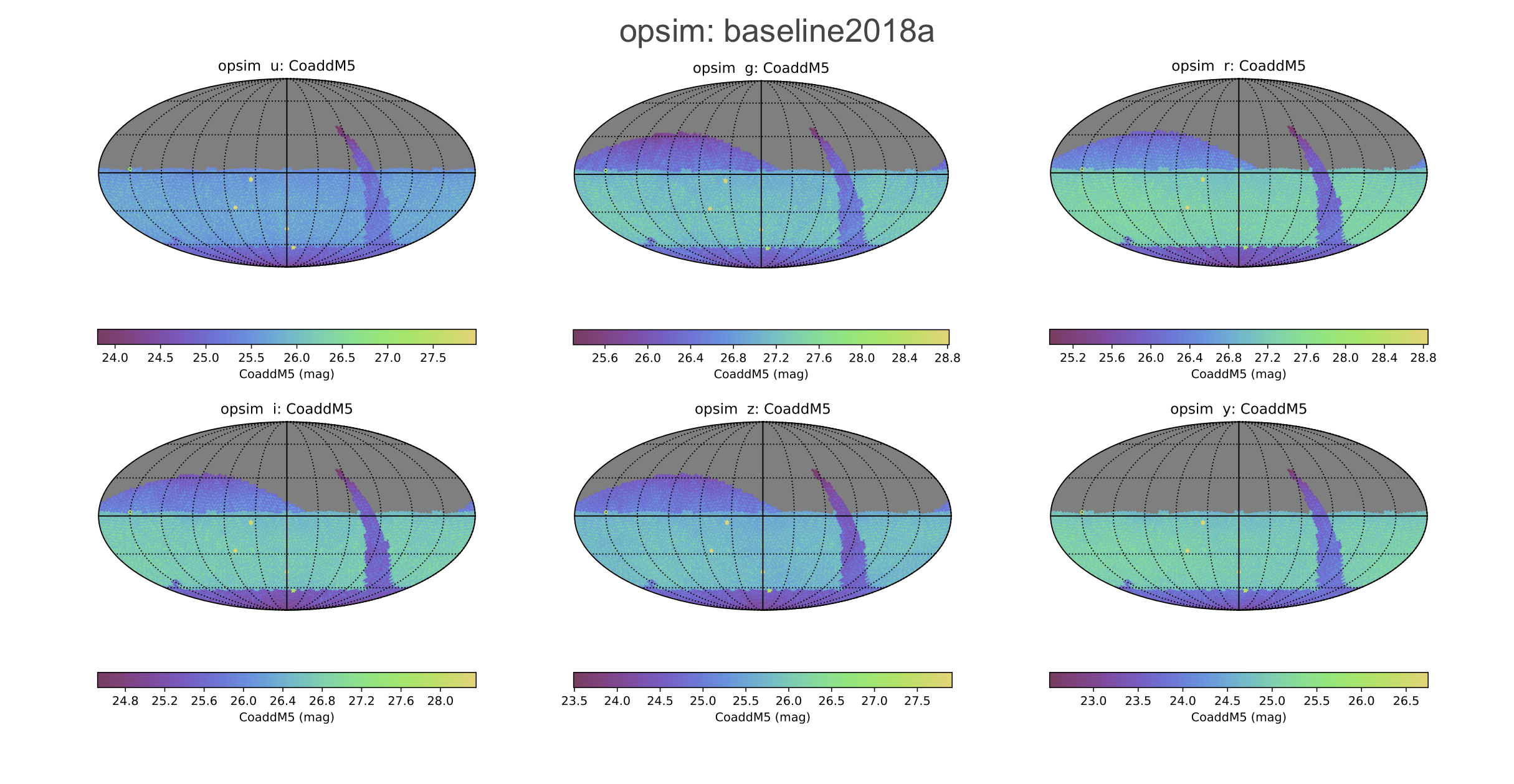 In a ten-year survey, Rubin Observatory will deliver more than five million exposures, collecting over 50 petabytes of raw image data to produce a deep, time-dependent, multi-color movie of 30,000 square degrees of sky. The sequence, or cadence, with which these exposures are made is essential to achieving multiple scientific goals from a single survey, an important feature of the Rubin Observatory LSST concept.  Read the community white paper on the LSST Observing Strategy in arxiv and contribute to the living document in GitHub.

Rubin Observatory will take data as pairs of back-to-back, 15-second exposures to aid in cosmic-ray rejection. This pair is called a visit - a single observation of a ten-square-degree field through a given filter. Designing the LSST survey requires ordering these visits in time and allocating them among its six filters so as to maximize the return on scientific goals in a fixed survey duration. Synthesizing the requirements to accomplish the four primary science objectives of Rubin Observatory,

results in the following constraints:

Finally, making uniform progress in time toward each of the scientific goals facilitates analyses made while the survey is still in progress.

In addition to Rubin Observatory's 18,000 deg2 main survey via its “universal cadence,” up to approximately 10% of Rubin observing time will be dedicated to other programs, including intensive observation of a set of Deep Drilling Fields. Deeper coverage and more frequent temporal sampling (in at least some of the LSST Camera's ugrizy filters) will be obtained for the Deep Drilling Fields than for typical points on the sky. The full Deep Drilling Field (DDF) program will address a broad range of science topics, including Solar System, Galactic, and extragalactic studies.

Science Book - Chapter 1: Introduction - An overview of the Rubin Observatory Project including its history, science goals, and system design.