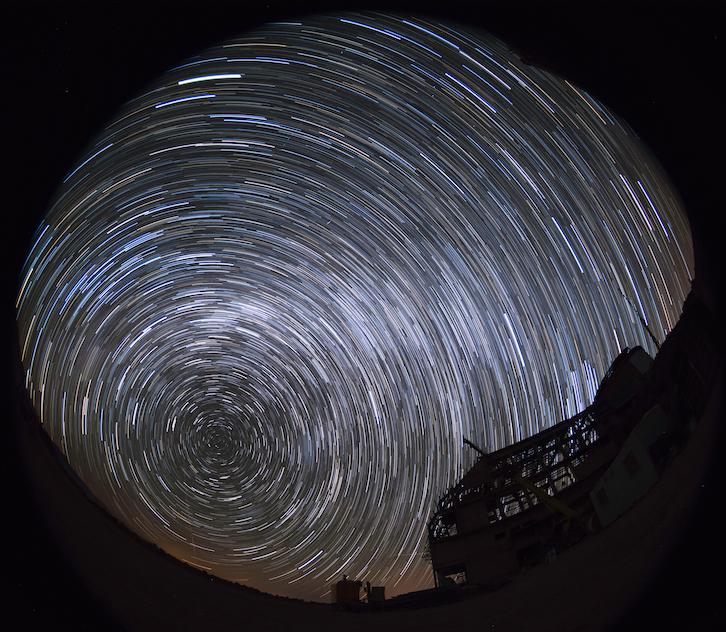 The Vera C. Rubin Observatory is nearing completion, and its Legacy Survey of Space and Time (LSST) will soon offer an unprecedented, detailed view of the changing sky. Starting in late 2022, Rubin Observatory will employ the 8.4-meter Simonyi Survey Telescope and the 3200 megapixel LSST Camera to capture about 1,000 images of the sky, every night, for ten years. Each image will cover a 9.6 square degree field of view, or about 40 times the area of the full Moon. Because of the telescope's large light-collecting area, each nominal 30-second exposure will reveal distant objects that are about 20 million times fainter than those visible with the unaided eye. This large combination of light-collecting area and field of view on the sky is unprecedented in the history of optical astronomy.

LSST survey images will contain data for about 20 billion galaxies and a similar number of stars, and will be used for investigations ranging from cosmological studies of the Universe to searches for potentially dangerous Earth-impacting asteroids. However, the revolutionary discoveries anticipated from the Rubin Observatory LSST could be significantly degraded by the fast deployment of Low Earth Orbiting (LEO) communications satellite constellations.

In late May 2019, SpaceX launched the first 60 of its planned Starlink constellation of 42,000 communications satellites to LEO orbits at altitudes of about 550 km. Since then, SpaceX has launched several more groups of 60 satellites, and plans to launch a similar group every 2-3 weeks in the near future. Other companies, including Amazon and Samsung have also entered the race, and the number of satellites launched may exceed 50,000 over the next decade. The negative impact of these satellites on optical astronomy depends on the number and brightness of satellites. According to Patrick Seitzer, an astronomer at the University of Michigan who studies orbital debris, “Satellites launched by SpaceX and others will be brighter than 99 percent of the population of objects of all types currently in Earth orbit.”

Rubin Observatory is an extreme case for the sensitivity of astronomical observations to satellite constellations because of its unprecedented ability to repeatedly monitor the sky widely and deeply. During the nominal 30 second visit to a sky patch, SpaceX satellites in LEO orbits typically move about 15 degrees across the sky (about four times the diameter of Rubin Observatory’s field of view), and are visible a few hours after sunset and before sunrise. With 42,000 satellites orbiting Earth, well over a thousand satellites would be visible above horizon and it would be difficult to find a circle of 9.6 square degrees anywhere on the sky that does not contain satellite streaks. Simulations of the LSST observing cadence and the full SpaceX satellite constellation show that as many as 30% of all LSST images would contain at least one satellite trail. Measurements of the brightness of the current LEO satellites in their final orbits indicate that these trails would cause residual artifacts in the reduced data. If these LEO satellites can be darkened to 7th magnitude, then a new instrument signature removal algorithm can remove the residual artifacts. The bright main satellite trail would still be present, potentially creating systematics at low surface brightness. This is a challenge for science data analysis, adding potentially significant effort. LEO satellites at 550 km are slightly out of focus–given the large 8.4 m mirror, this effect makes the trail significantly wider and lessens the peak surface brightness.

Strategies to lessen the impact of satellite constellations are currently being studied. Below are two mitigation plans currently in discussion:

Taking multiple exposures: When the nominal LSST visit time of 30 seconds is split into two back-to-back exposures of 15 seconds, one of the exposures with a satellite trail in it can be rejected if the other exposure didn't contain any satellite trails. This mitigation scenario would cost 8% of LSST observing time in order to accommodate the additional read-out time and shutter motion, and assumes a negligible cost due to rejected pixels. This only mitigates in certain science cases.

Decreasing satellite brightness: If satellites were darkened to 7th magnitude, they would be far below saturation in LSST images. In this case, it is likely that only small fractions of pixels in the affected images—probably in the 1% to 10% range—would be rendered scientifically useless. If this estimate proves correct, the net fraction of lost LSST pixels would be in the range of 0.3%-3%, which corresponds to several months of observing time.

Nevertheless, of additional concern are various systematic effects that do not simply scale with the number of lost pixels—in other words, the effect these mitigation strategies would have on the science cases for which LSST was designed. For example, the LSST ability to detect asteroids approaching from directions interior to the Earth's orbit would be severely impacted because those directions are visible only during twilight when LEO satellites are brightest—nearly every LSST image taken at this time would be affected by at least one satellite trail. Precision cosmological studies are another example; they are very sensitive to small systematic effects, and might suffer from artifacts due to the removal or masking of elongated rectangular regions around the satellite tracks. At the low surface brightness of many LSST science programs, the trail is several hundred pixels wide.

The Rubin Observatory team is working closely with SpaceX engineers to jointly find ways to lessen the impact of the satellite trails. Efforts such as designing fainter satellites, improving image processing algorithms so they are capable of dealing with satellite streaks at the exquisite fidelity required for LSST science, and improving scheduling algorithms based on knowledge of the satellites' orbital motions, may provide additional mitigation strategies. Current efforts are centered on satellite darkening; one satellite currently in orbit, ‘DarkSat,’ has been partially darkened as an initial experiment, and appears 6.1 g magnitude. Further experiments, such as ‘VisorSat,’ are planned, and results will be assessed via ground-based calibrated imaging in the months ahead. Once sufficient data are collected and analyzed, the Rubin Observatory team will share the results with the rest of the astronomical community and the public.