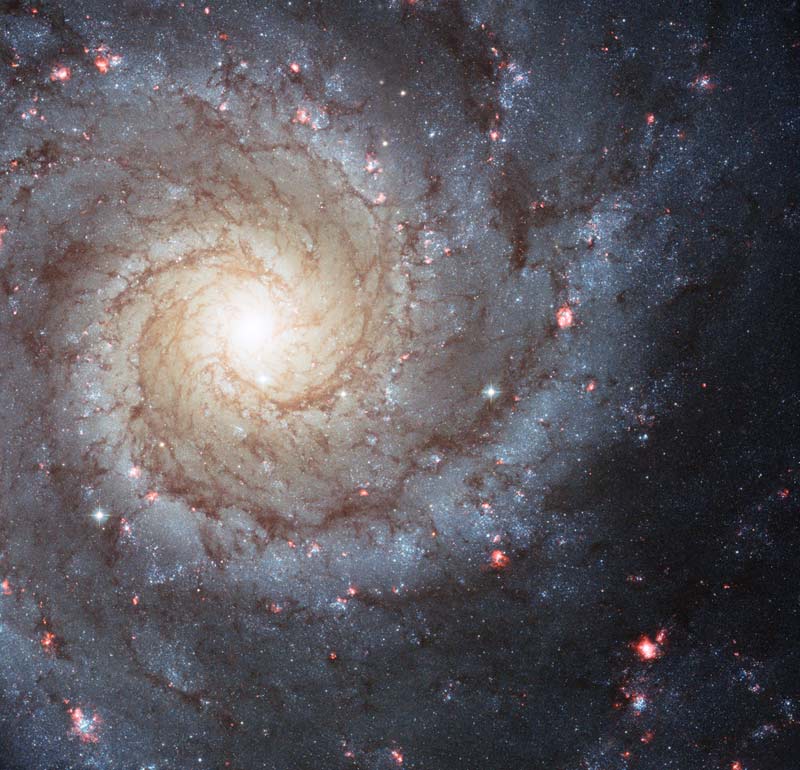 The Whirlpool Galaxy, a spiral galaxy that probably looks much like our own Milky Way.

Previous astronomical surveys such as the Sloan Digital Sky Survey have enabled us to draw an ever-finer picture of the Milky Way and its neighborhood, called the Local Group. For example, survey data have revealed numerous stellar streams in our galaxy’s halo, as well as dozens of small dwarf galaxies.

Data from Rubin Observatory will further refine the image of our home galaxy, in the process redefining it as a laboratory where studies of galaxy growth and evolution can take place on a grander scale.

All told, Rubin Observatory will catalog more than 10 billion stars. With the telescope’s ability to observe in the near infrared, it can observe stars in the interstellar dust layer, providing information on the structure of star-forming regions within our Galaxy’s disk. In standard surveying mode Rubin Observatory will be able to detect RR Lyrae variables and classical novae almost to the distance of the Andromeda galaxy. RR Lyrae and some stellar novae are "standard candles," whose absolute magnitude, or intrinsic brightness, can be determined. Comparing how bright they are to how bright they appear gives an accurate estimate of their distances. With that knowledge the extent and structure of the galactic halo can be mapped.

Rubin Observatory will inventory numerous stars beyond the presumed edge of the galaxy's halo, measure their distribution by chemical makeup throughout most of the halo, and determine their motions beyond the thick disk/halo boundary, enabling the most detailed studies ever of our home galaxy, the Milky Way.

With Rubin Observatory data we can: