A simple recipe: Take a lot of mass – a galaxy or cluster of galaxies – and place it in front of a distant object to create a powerful tool for studying cosmology and galaxy structure. This technique, gravitational lensing, provides information not only about the magnified source but also about the foreground lens. LSST will contain more strong gravitational lensing events – those where multiple images of the background source form – than any other survey before it, opening up a wealth of possibilities to answer some of the most fundamental questions about the Universe. The survey’s large volume, high accuracy photometry and multi-filter time series will produce some big advances in strong lensing science.

A Universe in Three Dimensions 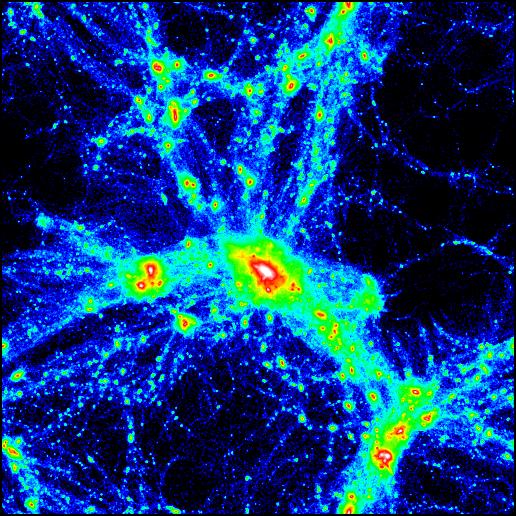 Lensing in its strong form results in some striking images, but it is relatively rare. Another technique that is more subtle but more widely available, called weak gravitational lensing, measures tiny distortions in the shapes of thousands of distant background galaxies caused by foreground concentrations of mass that can be much smaller than what's required for a strong lens. These thousands of measurements can be combined statistically to make a three-dimensional map of mass between the background galaxy and the Earth.

Here's how it works:  At the cosmic depths reached by large telescopes, the sky is studded with tens of billions of faint, distant galaxies. It's possible to use the color and intensity of their light to gauge the distances of these galaxies from us by (called their photometric redshifts), thus going beyond a simple foreground/background view of the cosmos.

Astronomical mirages (image distortions) also rely on distance. This is the clue that unlocks the universe of mass in three dimensions; the more distant the source, the more warped its image.

By measuring both the the distances to the background galaxies and the amount of warping in their images, it is possible to create a map that shows concentrations of mass and also to place the mass at its correct distance. By creating weak lensing maps for sources at a variety of redshifts, we can get a three-dimensional mass map of the universe back to half its current age. This enables the exploration of all mass in the universe, including dark matter, using only the light from the background galaxies.

By exploring mass in the universe in three dimensions, we are also exploring mass at various cosmic ages, because mass seen at great distance is mass seen at a much earlier time. In effect, we can chart the evolution of dark matter structure with cosmic time and directly test theories of the evolution of our universe and the natures of dark matter and dark energy. Combining these results with other cosmic probes will lead to multiple tests of the foundations of our model for the universe. Perhaps the most interesting outcome will be the unexpected; a clash between different precision measurements might prove to be a hint of a grander structure, possibly in higher dimensions. LSST provides that opportunity.