MIRROR, MIRROR ON THE MOUNTAIN

MIRROR, MIRROR ON THE MOUNTAIN 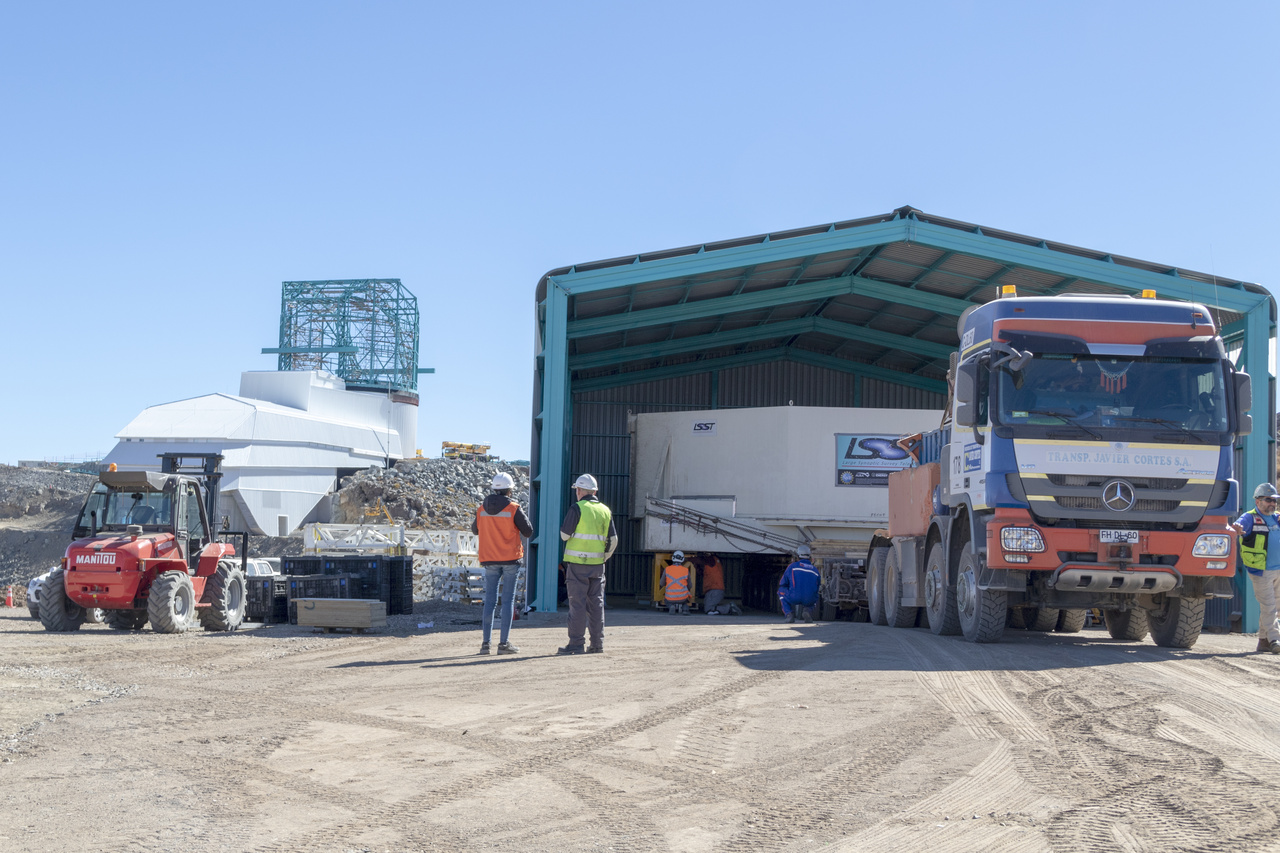 May 11, 2019 – This morning, a unique astronomical mirror reached its new home in the Andes Mountains of Northern Chile. This incredible mirror will enable the Large Synoptic Survey Telescope (LSST) to catalog an estimated ~40 billion celestial objects—more objects than there are humans on earth. LSST will scan the entire visible sky every few nights, visiting each location approximately ~1000 times during its ten-year survey, which is scheduled to begin in 2022. With these fast, repeated observations LSST will open a new window to the changing Universe, providing countless new opportunities to do science with transient objects such as asteroids and supernovae. Additionally, with the wide field of view made possible by this mirror, LSST will advance the study of dark matter and dark energy.

LSST is jointly funded by the National Science Foundation (NSF) and the United States Department of Energy (DOE), but the fabrication of the M1M3 began in 2008 thanks to private donations, though the LSST Corporation primarily from Charles and Lisa Simonyi and Bill Gates, before the Association of Universities for Research in Astronomy (AURA) was awarded LSST Construction funding.

The 8.4-meter LSST Primary/Tertiary Mirror (M1M3), one of the largest and most recognizable elements of the telescope, is unusual because it consists of two mirror surfaces combined on one large substrate. Light from the sky will hit the outer ring (M1) first, reflect upwards to a separate second mirror (M2), and then bounce back down to the inner ring (M3) of the monolith before reaching the telescope. LSST's three-mirror design, combined with a highly sensitive camera, allows the telescope to collect light from faint objects over a very large field of view. Combining the M1 and M3 mirrors gives the telescope a more compact shape, which enables it to move (slew) quickly between points on the sky and to settle efficiently before taking its next image.

The M1M3 safely arrived at the LSST summit facility building on Cerro Pachón in Chile on May 11, 2019. Its eight-week journey began on March 15, in Tucson, Arizona, USA, where it was fabricated. The M1M3 was the first LSST component to be completed, and the mirror will play a critical role in enabling countless scientific discoveries. Constanza Araujo, former LSST Telescope and Site Senior Optics Lead offers an analogy to illustrate the importance of this milestone: “The primary mirror is the heart of any telescope, and so the M1M3 is the heart of LSST.”

Combining two astronomical mirrors with different curvatures into one surface had not been done before, but it is this unique design that will enable LSST to combine speed with a crisp, wide field of view. According to LSST Chief Scientist Dr. Tony Tyson, “Combining the primary and tertiary mirrors into two mirrors fabricated on the same Pyrex blank creates a 10-square-degree field of view with very low distortion. This enables an unprecedented broad science reach from cosmology to the time domain—all with a single, comprehensive sky survey.”

The M1M3 was fabricated over a period of approximately seven years at the Richard F. Caris Mirror Lab at the University of Arizona. The "High Fire" event, in which the glass was cast, took place in March 2008, and the mirror was completed in April 2015 after years of grinding and polishing brought the surfaces to the required specifications. The M1M3 was then lifted into a custom shipping crate and put into storage while its support hardware was constructed; both the shipping container and the support structure for the M1M3 were constructed by CAID Industries in Tucson. In October 2018 the mirror returned to the Mirror Lab to be integrated with its support hardware and to undergo further optical testing, which concluded successfully in March 2019.

Transporting the mirror from Tucson, AZ to Cerro Pachón required specialized equipment and a lot of planning—the mirror in its shipping container weighs approximately 110,000 lbs (50 metric tons) and measures about 30 feet (9.14 meters) in diameter. A transport vehicle operated by Precision Heavy Haul, Inc. carried the M1M3 from Tucson to the shipping port in Houston along a carefully planned route. The M1M3 container was then loaded aboard the BBC Manitoba for a four-week ocean voyage to Coquimbo, Chile, via the Panama Canal. From the port at Coquimbo, the M1M3 was loaded onto an impressive 72-wheeled transport vehicle, operated by Javier Cortés, bound for the LSST summit facility on Cerro Pachón. This final leg of the journey required cooperation between many parties to coordinate logistics, including the removal of hanging signs, utility cables, and lights along the route. Local police provided an escort for the transport vehicles, and various administrative organizations assisted with road closures and permits to proceed.

Now that the mirror has arrived on the summit, it will be stored for a period of time while other components of the telescope arrive from their places of manufacture around the world.

More information about the history of M1M3 can be found here.