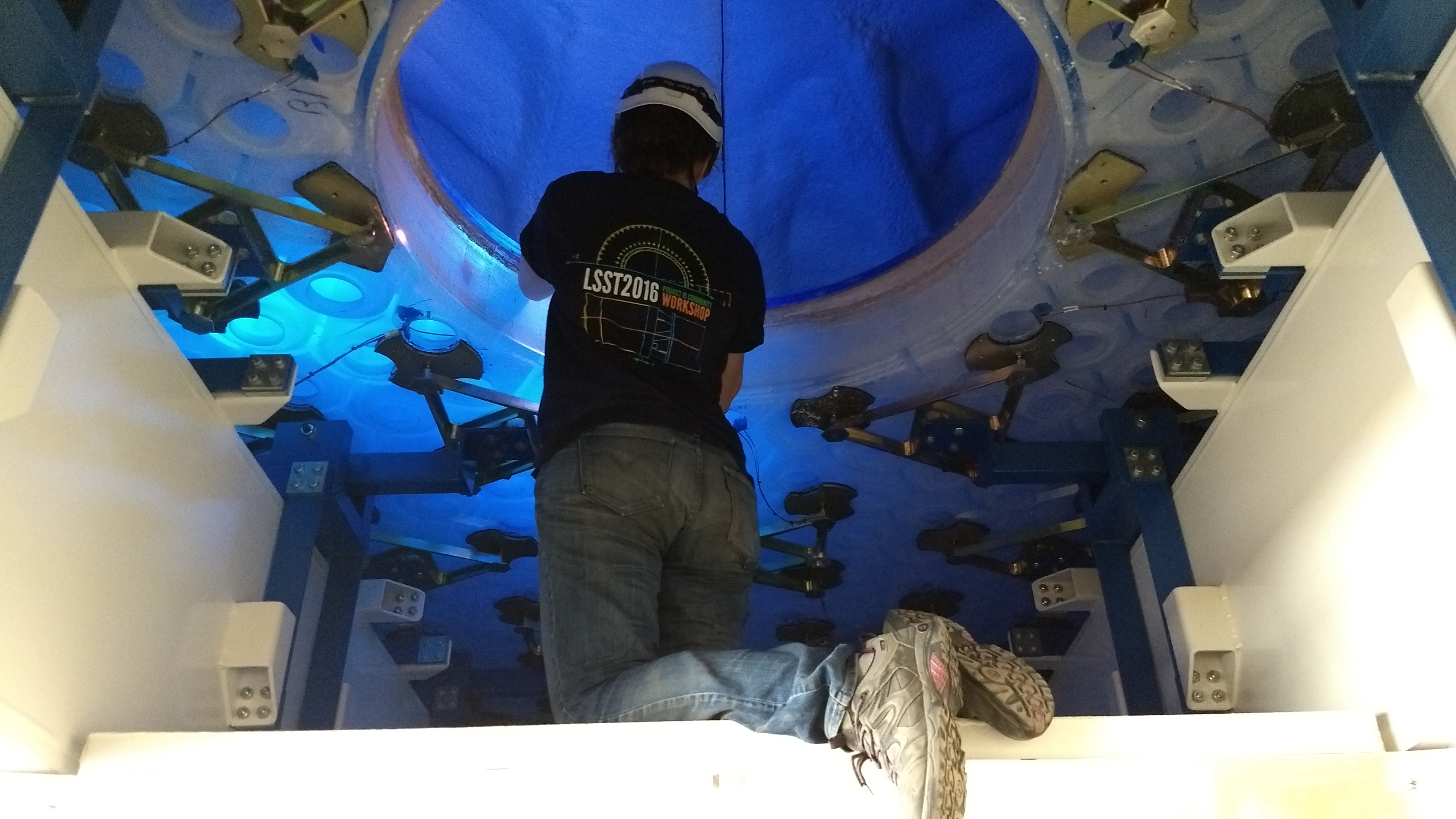 August 25, 2017 - LSST’s Primary/Tertiary Mirror (M1M3) has been stored in a metal container at Tucson International Airport since its completion in 2015. Earlier this month, an LSST Telescope and Site team visited the storage site to open the container and inspect M1M3 in order to plan and prepare for upcoming hardware and electrical integration activities. The outside of the metal storage container has been inspected regularly since its arrival at the airport, but the container hasn’t been opened since May, 2015!

Although prepared for anything, once the container was opened the group encountered nothing more than a light coating of dust which was, according to Telescope and Site Optics Engineer Constanza Araujo, “No more than you’d find in a Tucson living room after a week.” The surface of the mirror has been protected from this inevitable accumulation of dust by a blue OptiCoat coating, described in this 2015 blog post, which will be removed and replaced with a clean OptiCoat coating at the end of the mirror’s storage period. The mirror won’t get its final, reflective surface coating until it arrives at Cerro Pachón.

This inspection of M1M3 was one of the early steps in the process of preparing it to be moved back to the Richard F. Caris Mirror Lab at the University of Arizona in May of 2018 for integration and testing with the M1M3 cell. Currently, M1M3 is scheduled to ship to Cerro Pachón by the end of 2018.

Additional photos from the August, 2017 visit can be viewed here. Click here for archived photos and posts about M1M3.