More issues can be found in the eNews Archive 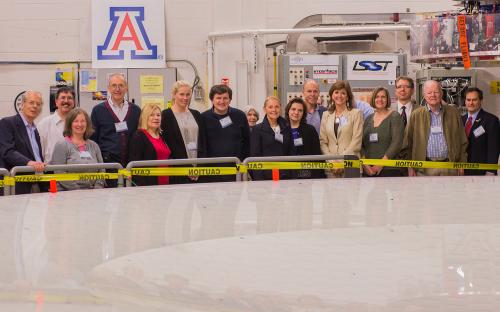 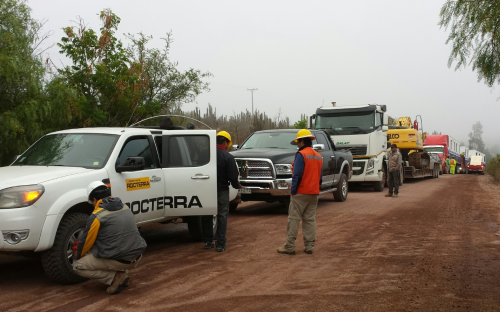 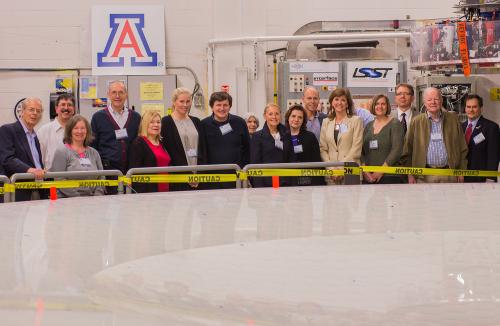 The LSST Corporation (LSSTC) and its member institutions celebrated the completion of the LSST M1M3 telescope mirror on January 10, 2015 in Tucson, Arizona. The 8-meter monolithic primary/tertiary mirror (M1M3) was constructed and spun cast into a single piece of glass in 2008; in the more than 6 years since, the University of Arizona’s Steward Observatory Mirror Lab (SOML) meticulously polished the two separate figures. The M1M3 mirror is at the heart of the LSST telescope and the celebration marked a huge step toward making LSST a reality.

Through its stewardship of the private funding portion of the public/private partnership to build and operate LSST, the LSST Corporation and generous private donors funded the fabrication of key elements of the telescope, among them the M1M3. With more than 130 people in attendance, the event was successful in generating excitement about the scientific potential of LSST. The day’s events included tours of SOML that provided guests an up-close and personal look at the 8m mirror. The evening program’s keynote speaker was LSST’s simulation scientist and Google Sky developer Andy Connolly of the University of Washington. Andy’s presentation captivated the audience as he focused on understanding the evolution of our universe and presented the challenges ahead preparing for the unprecedented data streams expected from LSST.

The evening’s event was highlighted with the showing of a video production of Bill Gates and Charles Simonyi touting the importance of the LSST. Charles Simonyi contributed $20M and Bill Gates $10M in 2008 for construction of the mirror, and they are personally motivated to see this project succeed. The video is available for viewing or download on the website.

To cap-off the event, Charles Simonyi, who was in attendance with his wife Lisa, and Bill Gates each pledged to match $250,000 ($500,000 combined) dollar for dollar for each donation given to LSSTC or to its member institutions. Now that LSST has its federal construction funding, the focus has turned to preparing the community to use this amazing facility when it becomes operational in 2022. Federal construction funds cannot be used for that purpose. That is the intent of the Simonyi/Gates challenge. The LSSTC can raise funds for scholarships, summer schools, workshops, endowments, computing, and more. This is a huge opportunity to raise up to one million dollars initially, which will go a long way toward starting the multi-year campaign to support enabling science with LSST big data.

Information on how you can join Charles Simonyi and Bill Gates in their support of LSST by participating in the $1M Challenge Grant can be found on the LSST Corporation website or by contacting LSSTC Executive Officer Pat Eliason, peliason@lsst.org.