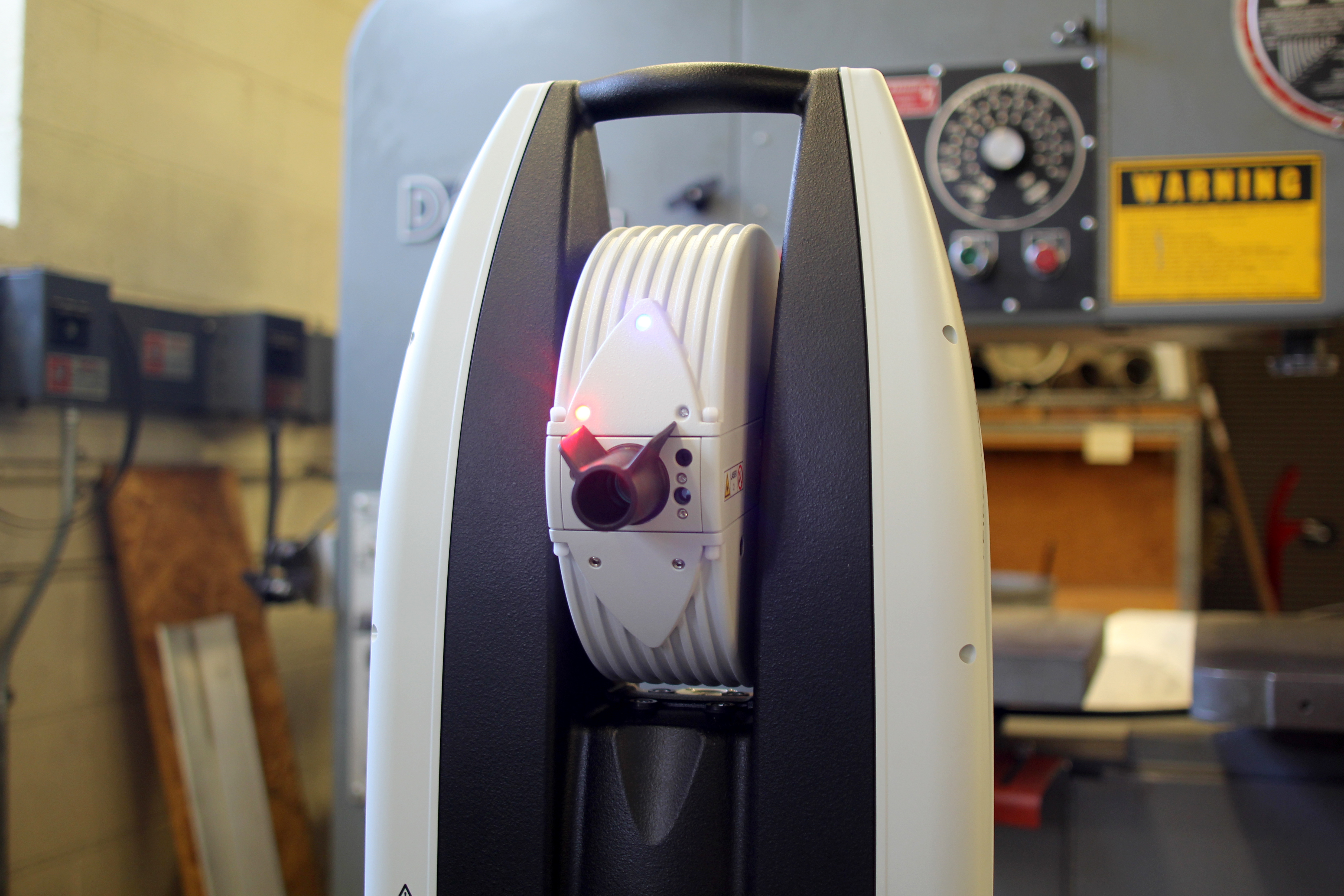 June 2, 2017 - Members of LSST’s Primary/Tertiary mirror (M1M3) integration team recently completed training on the Leica Absolute Laser Tracker AT-930, a sophisticated tool for collecting precise measurements in three dimensions. The laser tracker will be used for a multitude of tasks associated with M1M3 integration, including accurate positioning of static supports and wedges for hardpoints.

The laser tracker tool has three main components: the laser tracker unit (featured in the accompanying photo), a series of targets called spherically mounted retroreflectors (SMRs), and a software tool that gathers angle and distance measurements using a laser beam emitted by the unit and reflected back from an SMR. If the SMR moves, the unit swivels to track it, taking measurements as it goes. The measurements recorded by the laser tracker are precise within .001 inches, or ¼ the width of a human hair, and up to 1000 measurements can be taken per second.

The M1M3 telescope mirror will have twelve SMRs positioned on towers around its outer edge, and the laser tracker unit will ultimately be located in the mirror’s central hole (although during testing and integration the unit will be moved around as necessary to enable line-of-sight measurements). The laser tracker will be used to integrate first with the surrogate mirror at CAID Industries, and then the glass mirror at the Richard F. Caris Mirror Lab. The laser tracker will be shipped to Chile separately from the mirrors and then will be reinstalled to help locate and test the surrogate mirror, and finally the glass mirror, in the telescope on Cerro Pachón.

SMRs installed on the telescope’s Secondary mirror (M2) and camera will enable the laser tracker to align the telescope’s entire optical system with a programmed series of measurements. These measurements will continue throughout telescope operations and will help detect when adjustments to the mirrors are needed.

The laser tracker, which has been informally described as “magic” and “like something out of Star Wars” by its users at LSST, makes quick work of taking three-dimensional measurements across long distances, as long as it can send and receive an unbroken light beam. It’s an invaluable tool when working with a telescope mirror 27 ft (8.4 m) in diameter!