The TMA Sails for Chile

The TMA Sails for Chile 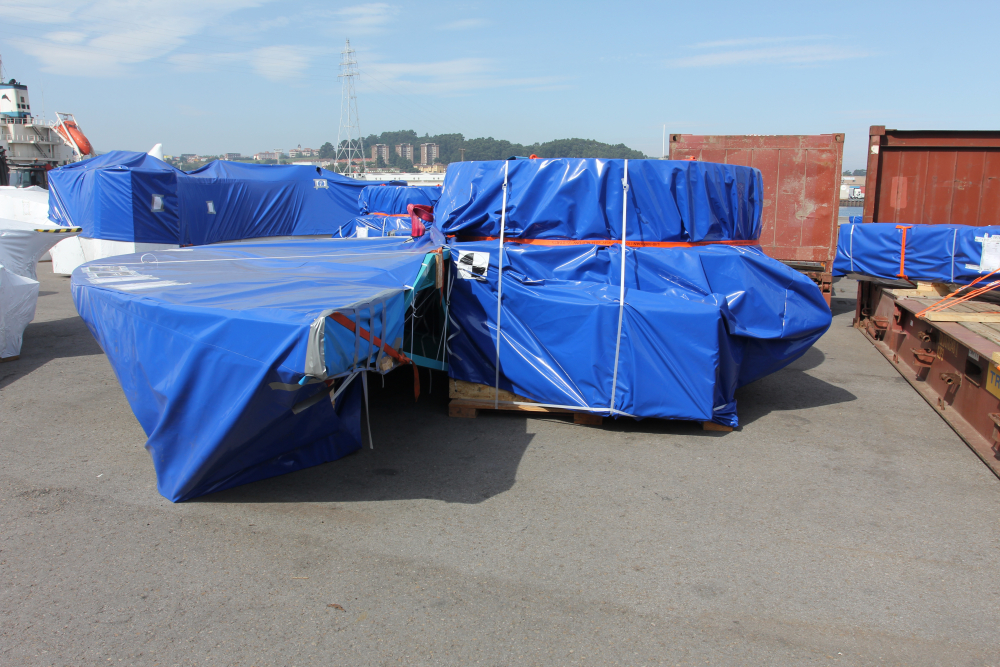 August 20, 2019 - The LSST Telescope Mount Assembly (TMA), one of the last large components of the telescope to be shipped to Chile this year (the LSST Camera will be shipped in 2020), set sail from Spain at the end of July aboard a vessel named Lisa Auerbach.

On the morning of July 27th, the team responsible for overseeing the loading of the ship arrived at the port of Aviles, Spain, near the Asturfeito factory where the TMA was constructed. Shawn Callahan, LSST TMA Technical Manager; and Michael Logue, LSST Principal Surveyor, were present for the loading, as well as Asturfeito's Francisco Romero, Construction Manager; and Pelayo Fernández, Project Engineer. The TMA, a structure much too large to ship as a whole unit, was disassembled into more manageable pieces at the Asturfeito factory over the last few months. The attached photo shows some of the pieces of cargo prior to loading.

The ship's hold was clean and freshly painted, but damp from recent rains. By mid-morning, however, the hold was dry and ready to receive the cargo. A crew of port stevedores, contracted by Asturfeito, rigged the pieces of cargo on land. Then each load was lifted into the ship's hold, where another crew of stevedores placed and secured it. According to Shawn Callahan, "The stevedores were all about speed, while the four of us were doing our best to make sure nothing got damaged—we split up our team to carefully monitor the operation."

Preparations made on the previous day also ensured that the teams had some practice working with the bulky, oddly-shaped loads. Michael Logue pointed out that "The telescope offered a unique challenge, because almost every lift was a different, unusual shape. This crew has spent years installing mainly rectangular and round shapes, so our marine-wrapped pieces—which looked like huge flying bats and peacocks—were new."

It was an action-packed and sometimes stressful day, but in the end all 26 pieces of TMA cargo, weighing a total of 326.6 metric tons (360 tons), were loaded aboard securely and the ship departed the following day. The vessel will make just a couple of stops en route and is scheduled to arrive in Coquimbo in early September. You can track the ship's progress on this website (enter the ship's name, Lisa Auerbach, in the search bar) and be sure to watch this space for an announcement when it arrives!