TEA on the Summit

TEA on the Summit 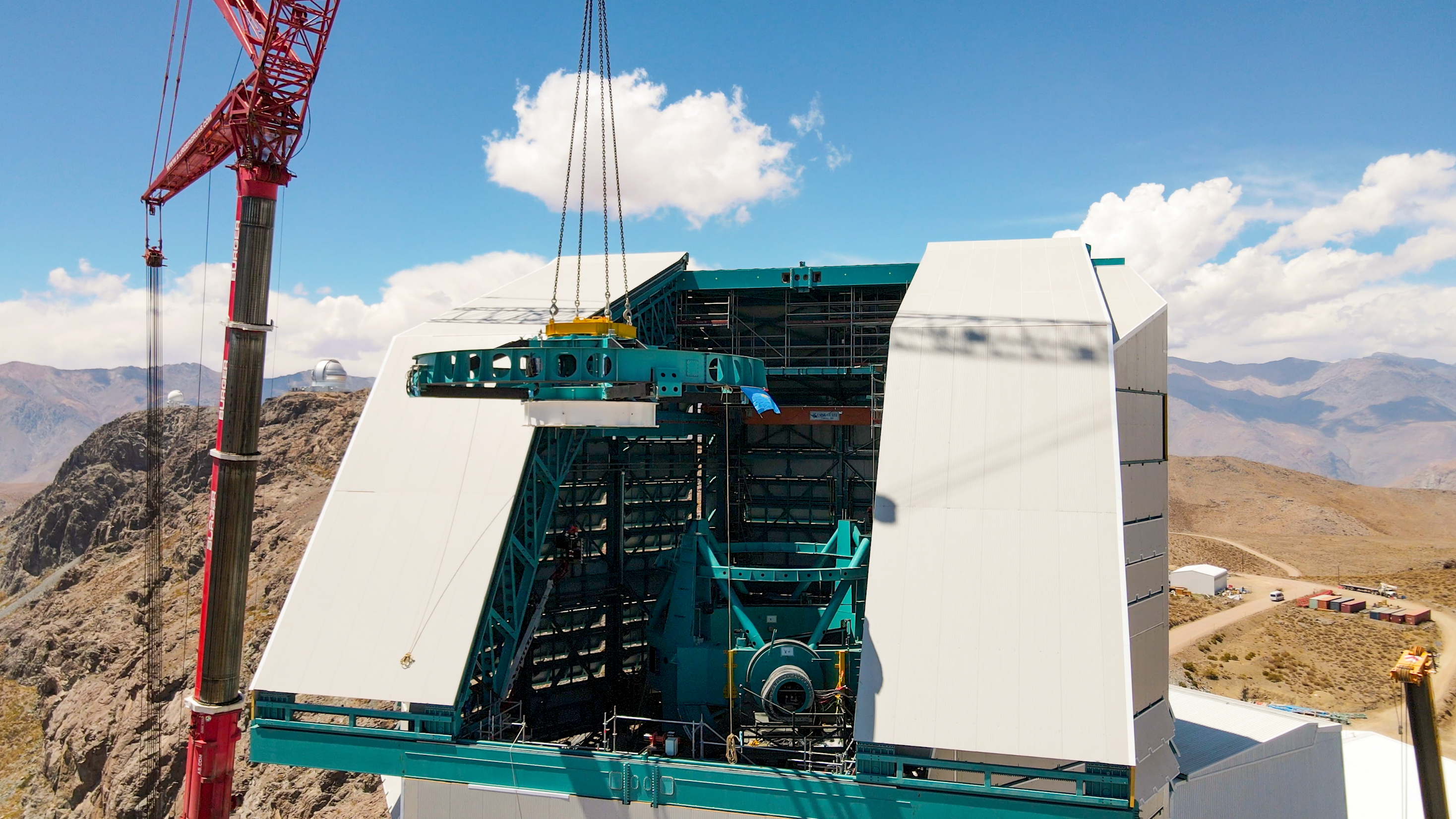 Tuesday, March 2nd was a day for some serious heavy lifting on the summit; the Top-End Assembly (TEA) for the Telescope Mount Assembly (TMA) was lifted by crane into the observatory dome and installed on the TMA. The task was completed successfully and was a highly celebrated milestone for Rubin Observatory.

The lift may have been carried out in one day, but the teams involved have spent weeks preparing for this complex and critical maneuver. You might remember the 500-ton crane that was used for work on the summit before the March 2020 construction shutdown; it arrived back on Cerro Pachón in late February 2021 to assist with a series of heavy lifts, including this one. The TEA weighs approximately 28 tons, and the base of the crane must be stationed outside the observatory building; this lift angle makes the crane’s extremely high weight capacity critical. A detailed lift plan ensured that the massive crane was positioned properly, that the day’s environmental conditions were considered, and that every step of the process was carried out with safety as the top priority. 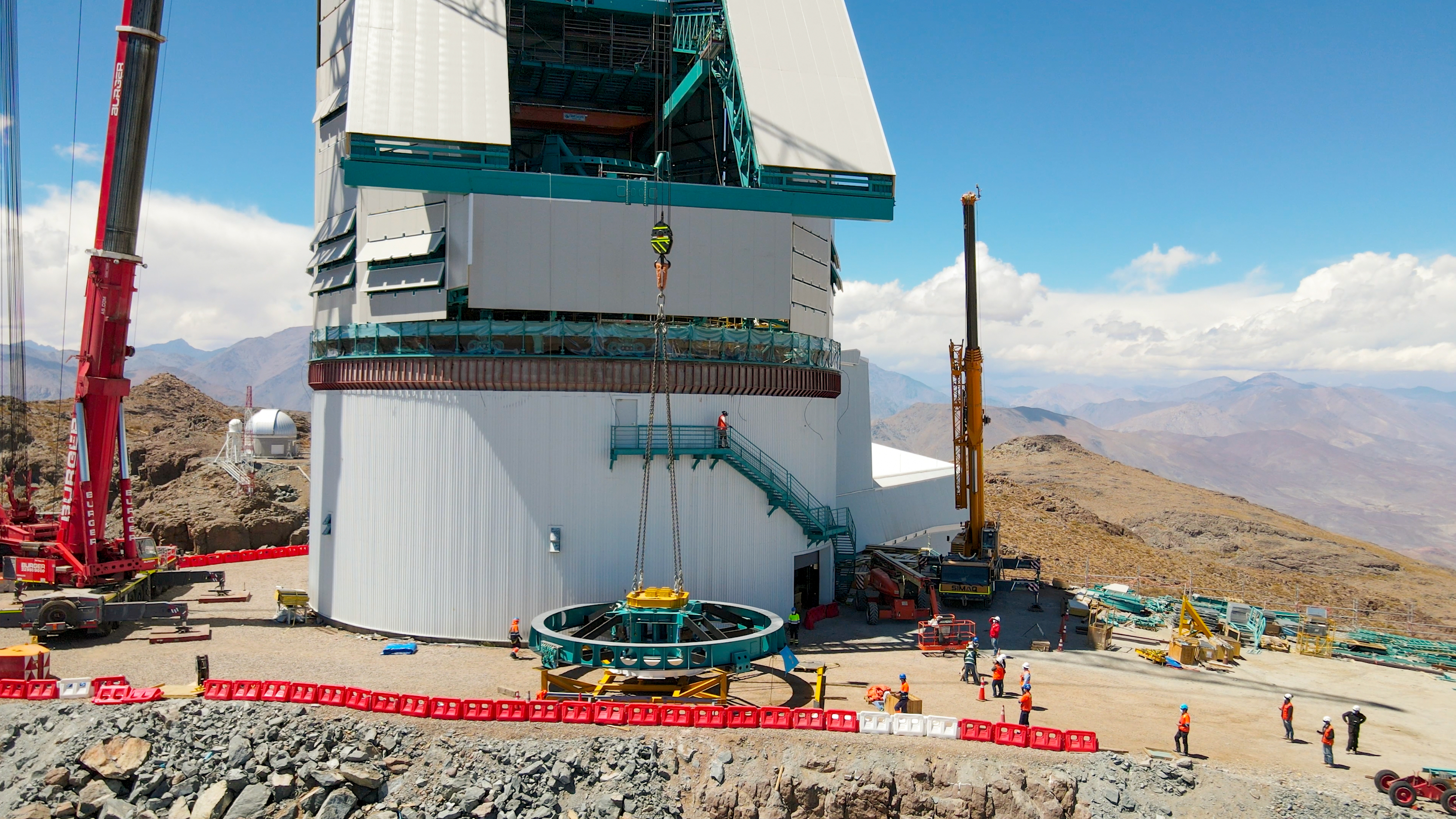 Prior to being lifted into the dome, the TEA was put onto a special transport truck using the bridge crane in the 3rd level of the observatory support building. It was then transported up to the specific spot marked on the main platform for lifting with the 500-ton crane. There, the two top baffle ring segments were attached to the sides of the TEA, and the transport beams were removed. This last step of assembly had to be done on the summit (as opposed to in Spain, where the TEA was constructed), because the TEA would not have been able to pass through the Puclaro tunnel between La Serena and the base of Cerro Pachón with the baffle rings in place. 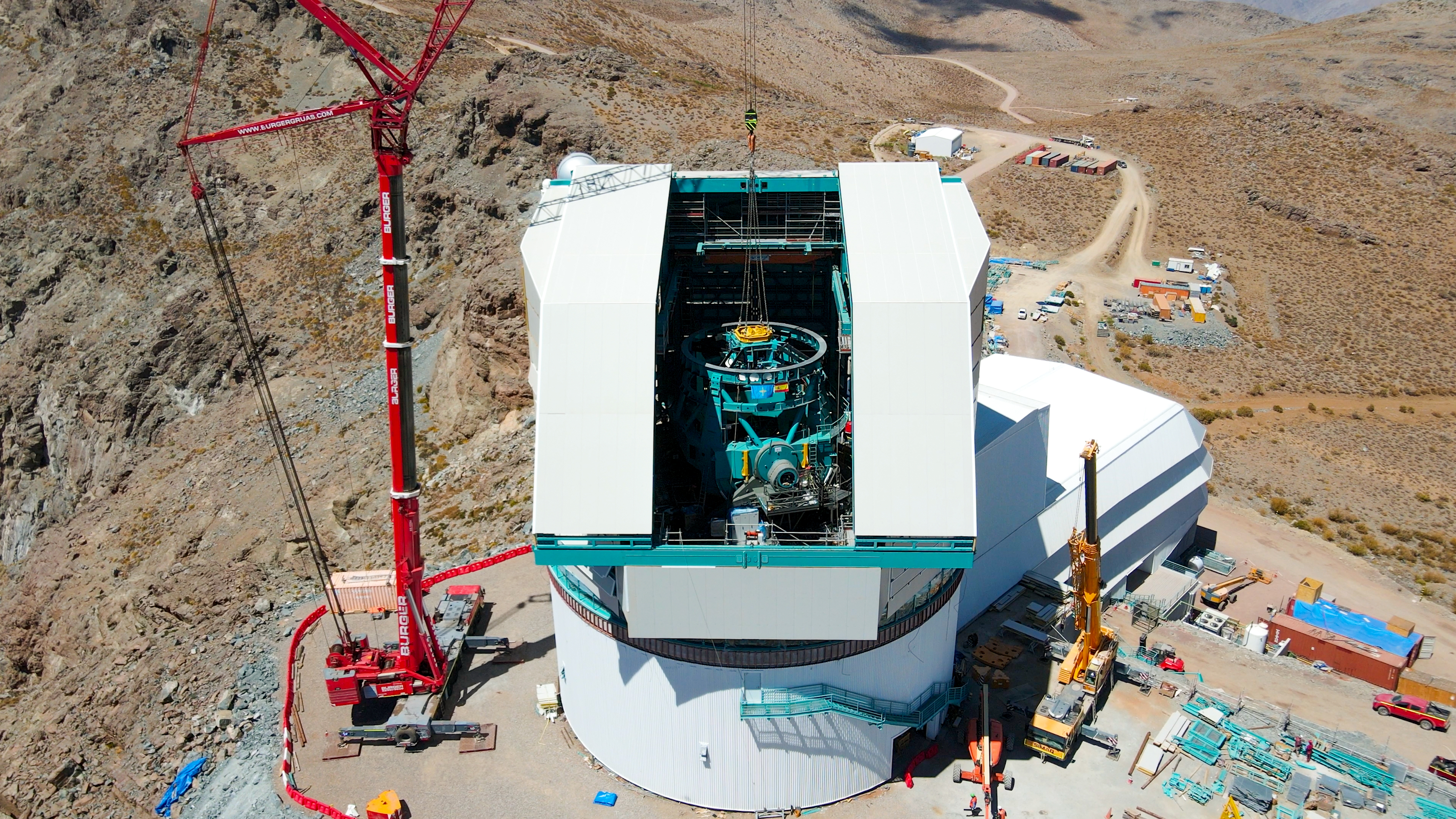 With the dome rotated into position, it was time for the big lift to begin. The 500-ton crane lifted the TEA with precision through the narrow opening in the dome, and lowered it into place on the TMA structure inside. The TEA was securely bolted to the structure before the crane hook and rigging were detached and removed. With the crane retracted, the dome could be closed in preparation for the metrology activities that will ensure the precise positioning of the TEA.

There is one more significant lift to come before all the big pieces of the TMA are in place, and that's the surrogate mass that will stand in for the LSST Camera. Once this camera surrogate is installed, again using the 500-ton crane, the team will re-measure the TEA to make sure it's still in position.

Not only was this highly-anticipated lift a huge success, but the Rubin team was able to capture the milestone with spectacular photos and video shot using a drone. Congratulations to the teams from Rubin Observatory, Burger Cranes, Asturfeito, GHESA, and Javier Cortes for this major achievement.