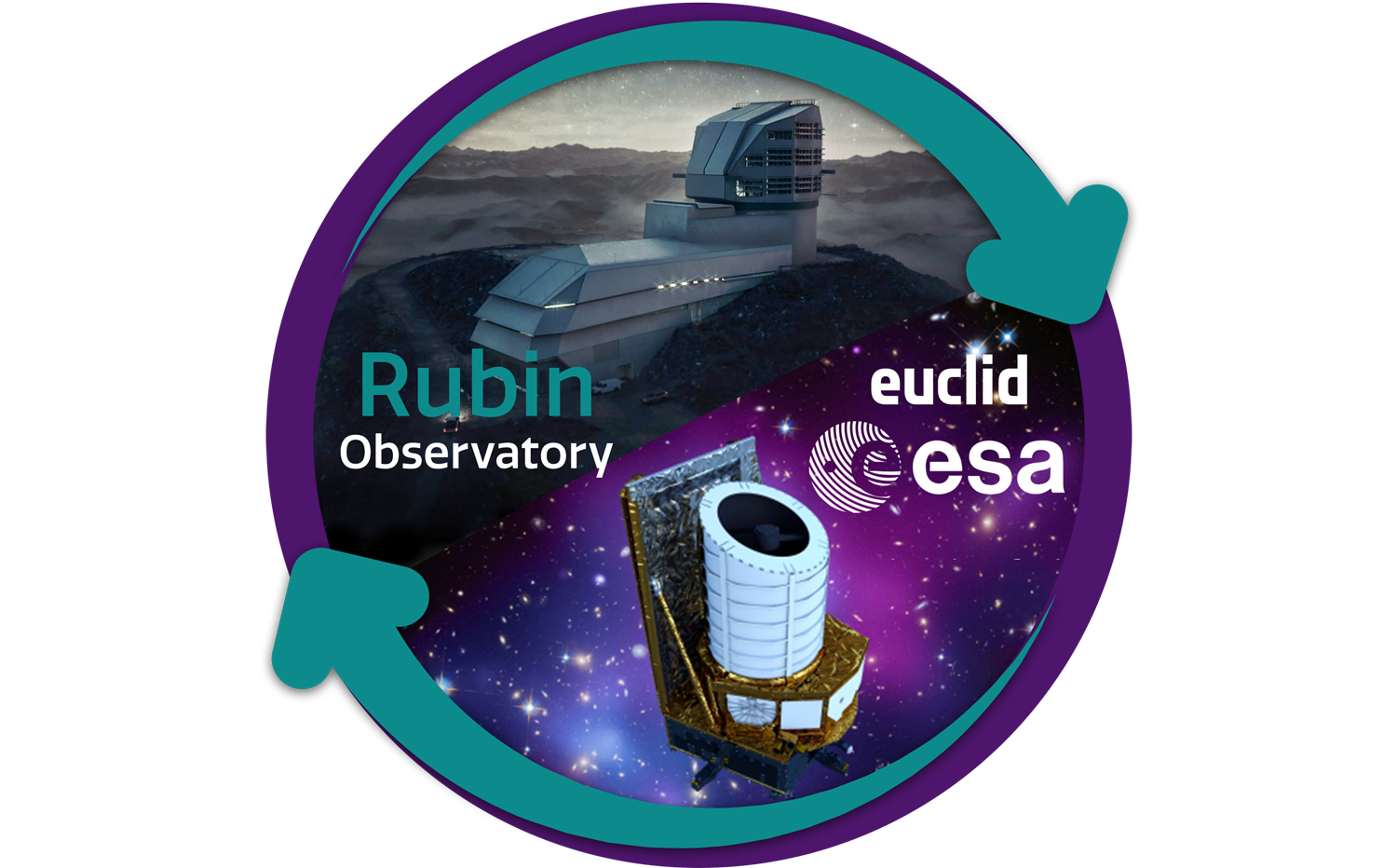 We are pleased to share with you some news on the interaction between Vera C. Rubin Observatory and the Euclid Consortium. We believe, and hope you will agree, that both the Rubin Observatory and Euclid science communities would benefit from the Rubin Observatory Legacy Survey of Space and Time (LSST) and Euclid datasets being jointly processed to produce shared “derived data products” (DDPs). To make progress towards this goal we are establishing a joint DDP working group, the DDP-WG, that will recommend a science-driven initial set of DDPs which would be shared promptly and simultaneously with both the Euclid Consortium and all Rubin Observatory LSST data rights holders for scientific use, in a way that protects the unique science of each collaboration and respects the data policies of each collaboration. We expect the DDP-WG will take broad input from both science communities in establishing the recommended DDPs.

While the DDP-WG will not be the group that will decide who makes the DDPs, where they are made, how they are made, or what funding mechanism will pay for that effort, the idea is that this initial set of DDPs, if approved, would form the basis of a Letter of Intent signed by both Rubin Observatory and Euclid leadership to actually create those DDPs. The DDP-WG would then remain a science-focused, standing committee that would recommend further DDPs as both the Euclid and LSST surveys progress.

Given the data and publication policies of both Rubin Observatory and the Euclid Consortium, a collaborative agreement between the two groups is the only way that such joint derived data products can be made and then shared back to either of the two groups for publication during the respective proprietary periods. There is still much work to be done to find a set of DDPs that are mutually and equally beneficial to both communities - but we are confident we can set up a DDP-WG to succeed at this task.

Our next steps are to appoint and charge this working group; we have in mind asking it to hold a virtual workshop within the next 6 months in order to help collect the input it will need from both science communities. This workshop would be open to the larger Euclid and Rubin Observatory communities, not just the DDP-WG. Stay tuned for more information on, and from, the DDP-WG as it gets started, and please don’t hesitate to get in touch with comments, questions, and suggestions, either in community or privately, at https://www.lsst.org/scientists/contacts.

Yours in wide-field survey astronomy,