A Path to Success

A Path to Success 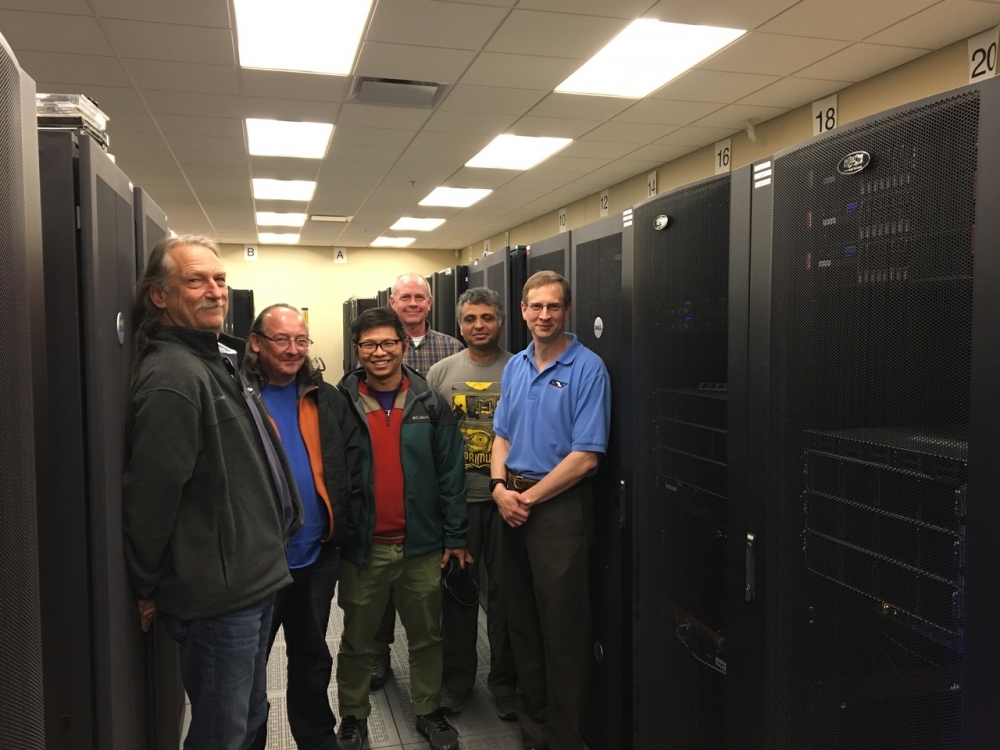 April 26, 2018 – An LSST cross-project team met at the National Center for Supercomputing Applications (NCSA) earlier this month to conduct the latest in a series of Early Integration Pathfinder Activities. This activity focused on simulated control and image collection for the nominal Auxiliary Telescope visit sequence. The exercise was the culmination of intense effort from a distributed group of LSST project members, and it offered the opportunity for participants representing different subsystems to align expectations, resolve issues, and determine priorities for next steps.

The goal of this Pathfinder activity was to exercise the Auxiliary Telescope (AT) software subsystems in performing sequences related to the operation of the AT, including startup and shutdown of all subsystems, commanding telescope movements, and the creation of images with the Auxiliary Camera. Although many of these sequences had been successfully run prior to this activity, an entirely new set of APIs, specific to the Auxiliary Telescope and Camera, were developed in the weeks leading up to the event. An additional sequence for producing and archiving images as FITS files was also tested for the first time. This sequence will be very similar to the one used by the main LSST Camera, so the progress made during this exercise will be extremely useful in the future.

The equipment used in this activity was the NCSA L1 Test Stand, which provides an environment in which software can be tested in the absence of the actual telescope and camera hardware. The activity at NCSA was a software-only test, but as hardware components of the Auxiliary Telescope become available, they will be integrated into the test process. Therefore, as the activities progress, the testing environment will increasingly resemble the actual environment on Cerro Pachón during operations.

The next Pathfinder activities are scheduled to occur in May and June in Tucson, and will be focused on getting real pieces of the Auxiliary Telescope hardware, including the spectrograph, working with the same APIs that were tested at NCSA. A full-sized photo of the participants present at NCSA is available in the LSST Gallery, and the complete list of participants, including those who participated remotely, is below.