A New Look for the Dome

A New Look for the Dome 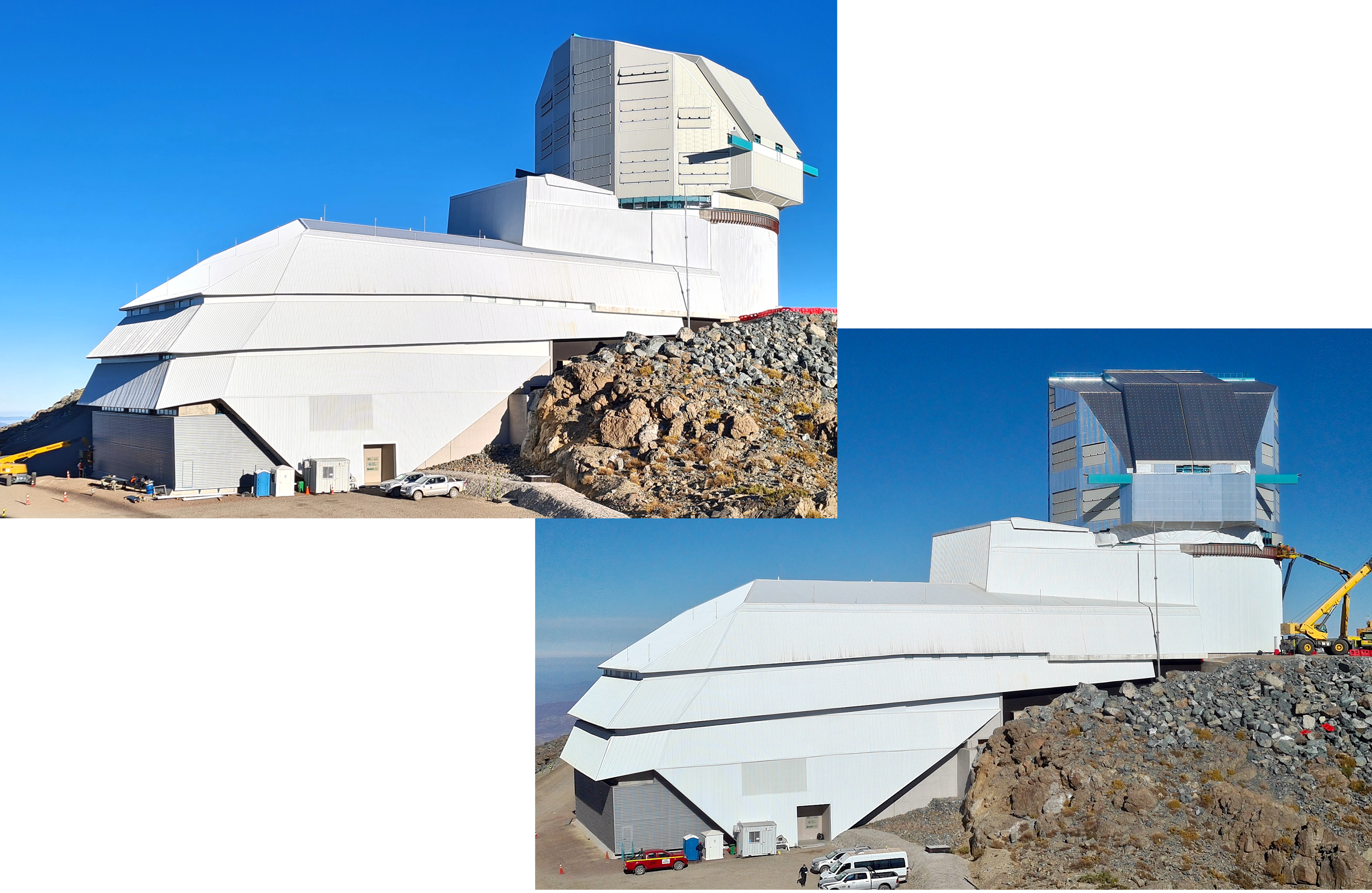 April 12, 2022 - The Rubin Observatory dome has a new look, after the team from EIE and the Chilean contractor SyR applied natural mill-finished aluminum sheeting to the dome’s exterior over the last several months. No longer white, the dome’s snazzy reflective surface now appears silver, or sometimes blue as it reflects the sky.

Although it looks great, Rubin’s shiny dome isn’t a cosmetic decision—many studies have shown that a reflective surface is more observing-friendly than a white coating for nighttime astronomical observatories. White surfaces are better at reflecting heat during the day, but at night they can radiate their heat away and "super-cool," causing thermal turbulance, just like a surface that is very hot does. If you’ve ever seen the air shimmer above a road on a hot day, you can imagine how this convective turbulence above the observatory would blur images taken by the telescope.

Reflective surfaces, by comparison, are relatively efficient at reflecting heat during the day but they don’t cool off as much when temperatures drop at night. The reflective finish on Rubin’s dome means less thermally turbulant air above the dome when night falls. The more steps we can take to reduce temperature differences between the ambient air and outside surface of the dome, the crisper Rubin Observatory images will be.

Check out the before and after photos above to see how different the dome looks with its new finish!