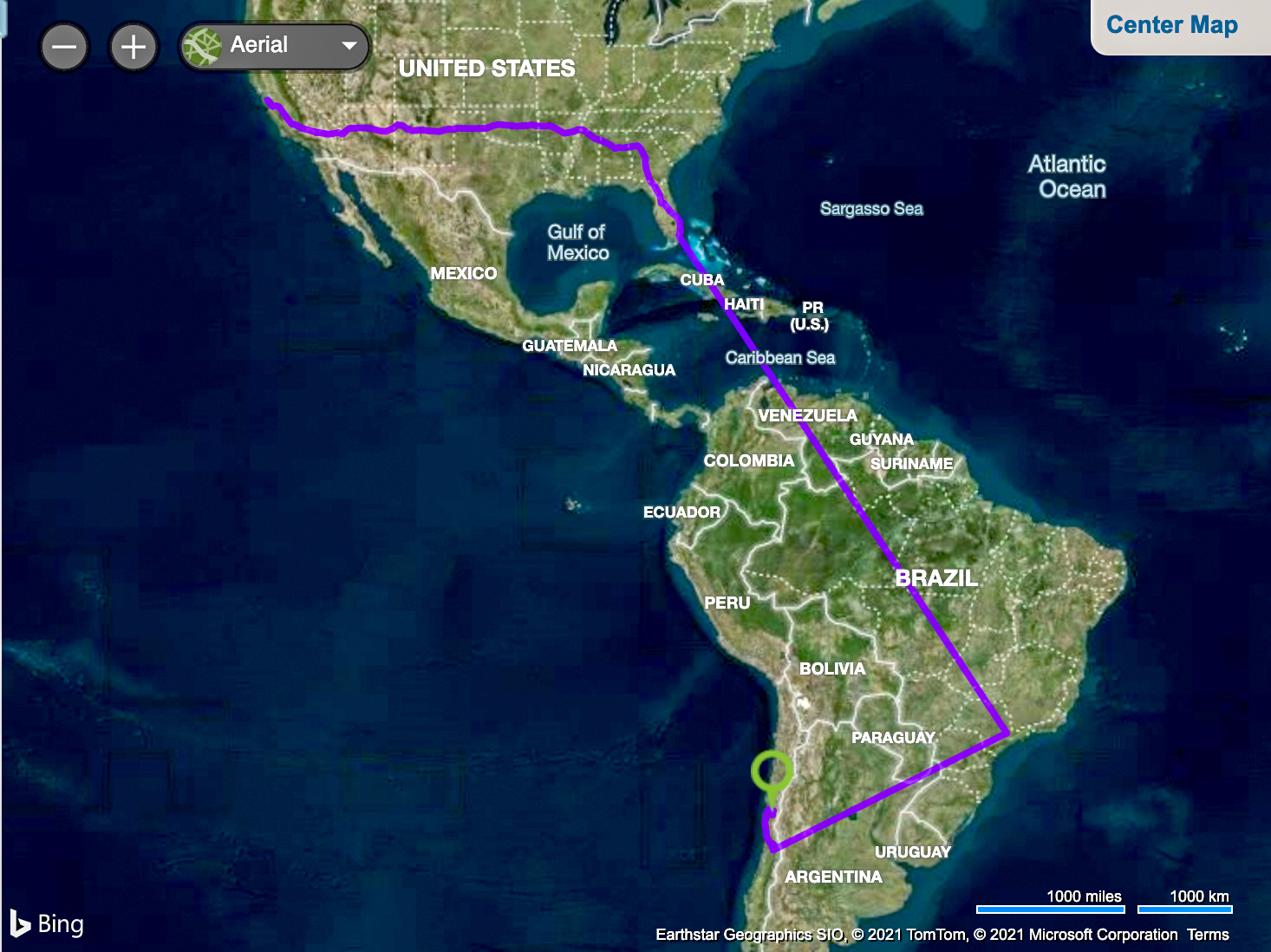 September 21, 2021 - The mass simulator for the Rubin Observatory LSST Camera was shipped from SLAC National Accelerator Laboratory on September 3rd, 2021, and arrived successfully on the summit of Cerro Pachón, in Chile, on September 13th. This shipment was an important test run for the valuable and delicate LSST Camera, which is scheduled to ship to Chile from SLAC next year. The entire shipment process was carefully monitored and tested to record any events that might indicate the possibility of damage to the LSST Camera, and we're happy to report that not a single one occurred!

Many of the more durable Rubin components were sent to Chile by ship, but with dozens of stops on a shipping route, cargo containers can be exposed to weeks of weather, jostling, and sometimes even changing vessels along the way. To minimize the risk of damage during shipping, the shipping plan for the LSST Camera specifies air travel instead, so that's how the mass simulator went too. The container holding the mass simulator left SLAC on a transport vehicle on September 3rd, heading to Florida, where it waited a couple of days until its scheduled flight on September 10th. Although the Camera team had requested a direct flight from Miami to Santiago, the plane ended up going to Brazil first—extra stops are common for cargo flights. This didn't affect the shipment, but because extra time in transit increases the chance of unexpected events, the LSST Camera will travel on a specially chartered flight, departing from California. 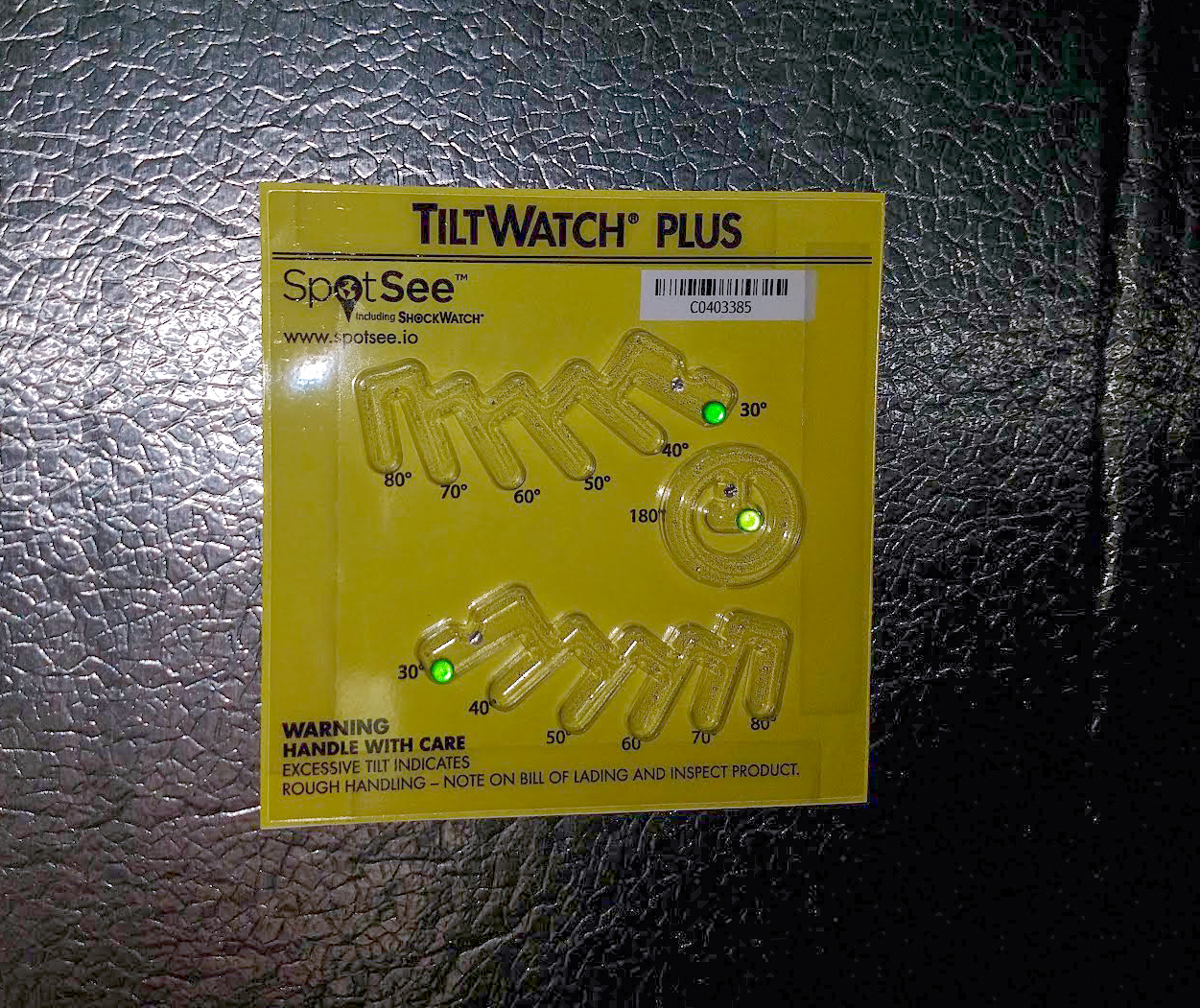 During the trip, a variety of instruments measured the conditions affecting both the shipping container and the camera mass simulator, which was packed carefully in the container, on a vibration isolation system. Accelerometers that measured vibrations recorded no large impacts on the shipping container, and no notable transmissions of vibrations onto the mass simulator. GPS trackers were installed on the container, broadcasting its location every 30 minutes, along with temperature information and light levels (in case the container was opened). Data loggers were also set up to record temperature and humidity inside the container, which was insulated to minimize temperature extremes. The LSST Camera, when it ships, will be bagged with desiccant to ensure it stays clean and dry; preliminary temperature and humidity data from the mass simulator shipment support that these preparations will be sufficient to protect the LSST Camera.

Further analysis of the data will determine whether any design changes are necessary, but so far it looks like improvements will mainly focus on the shipping procedure. For example, there was some unanticipated road work going on while the shipping container was being transported up the mountain, and with some additional coordination and planning that could be prevented when the LSST Camera arrives.

The mass simulator is now stored on the 3rd level of the Rubin summit facility building, and will be used as necessary for Commissioning activities before the LSST Camera arrives. Congratulations to the Camera team for completing this shipment successfully after many months of preparation and planning.