M1M3: Out of Storage at Last

M1M3: Out of Storage at Last 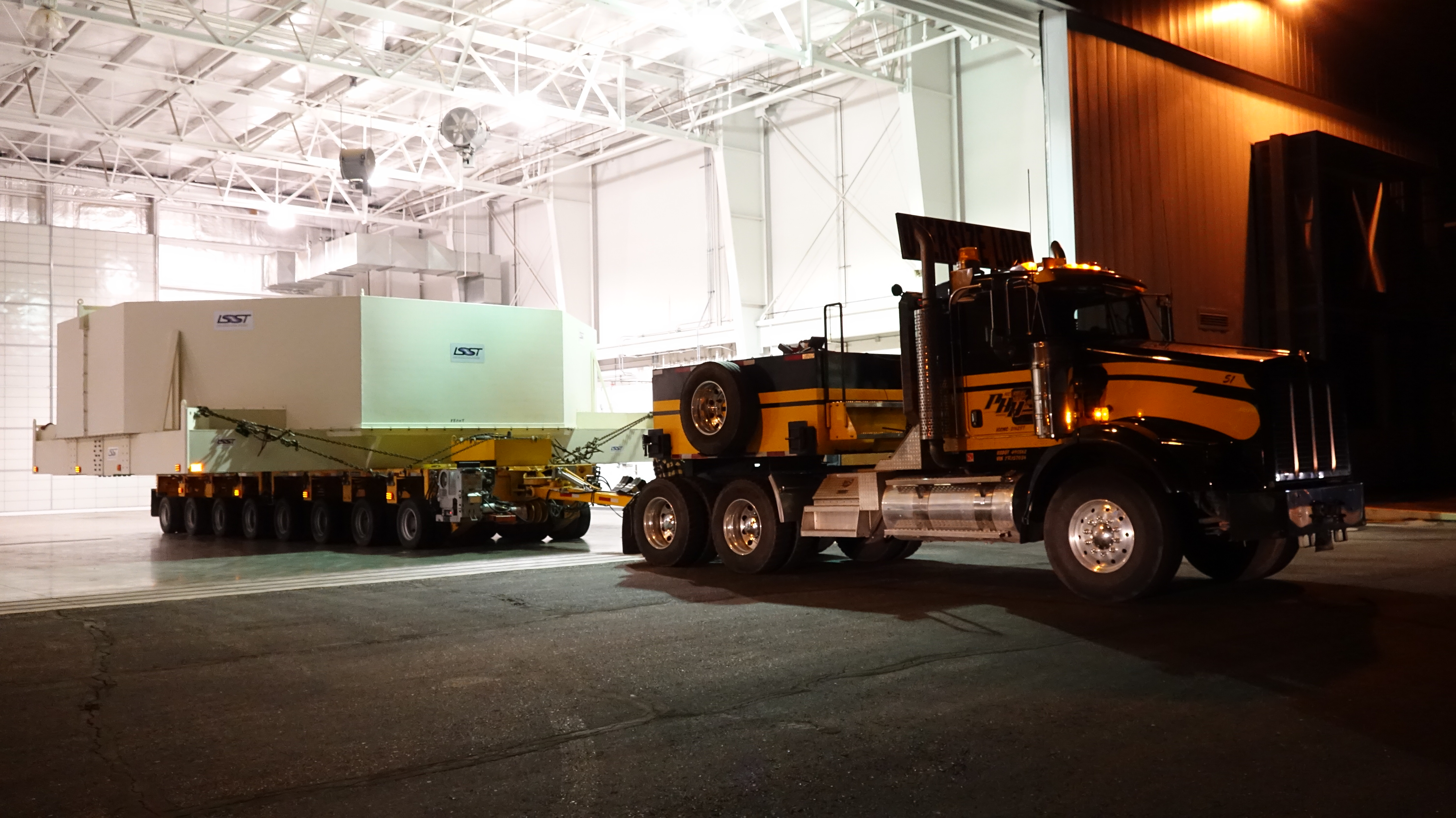 October 26, 2018 - A week after the Primary/Tertiary Mirror (M1M3) Cell was moved to the Richard F. Caris Mirror Lab on the University of Arizona campus, the M1M3 Mirror was also moved to the Mirror Lab from a hangar at Million Air, where it has been stored since its fabrication in 2015.

The Mirror left the hangar at Tucson International Airport on a specialized trailer from Precision Heavy Haul and arrived at the Mirror Lab at approximately 4:00 a.m. on October 18th. As with the M1M3 Cell move last week, the Mirror waited outside the Lab until the outside air temperature warmed to the accepted level, and then was moved inside the building. The designated LSST workspace inside the Mirror Lab now accommodates the Mirror, the Mirror Cell, and the Mirror lifting fixture, so some strategic rearranging was done to ensure the space was used as efficiently as possible.

Now that both the Cell and the Mirror are in the Lab, the next step is the installation of the Mirror onto the M1M3 Cell using the vacuum lifter.