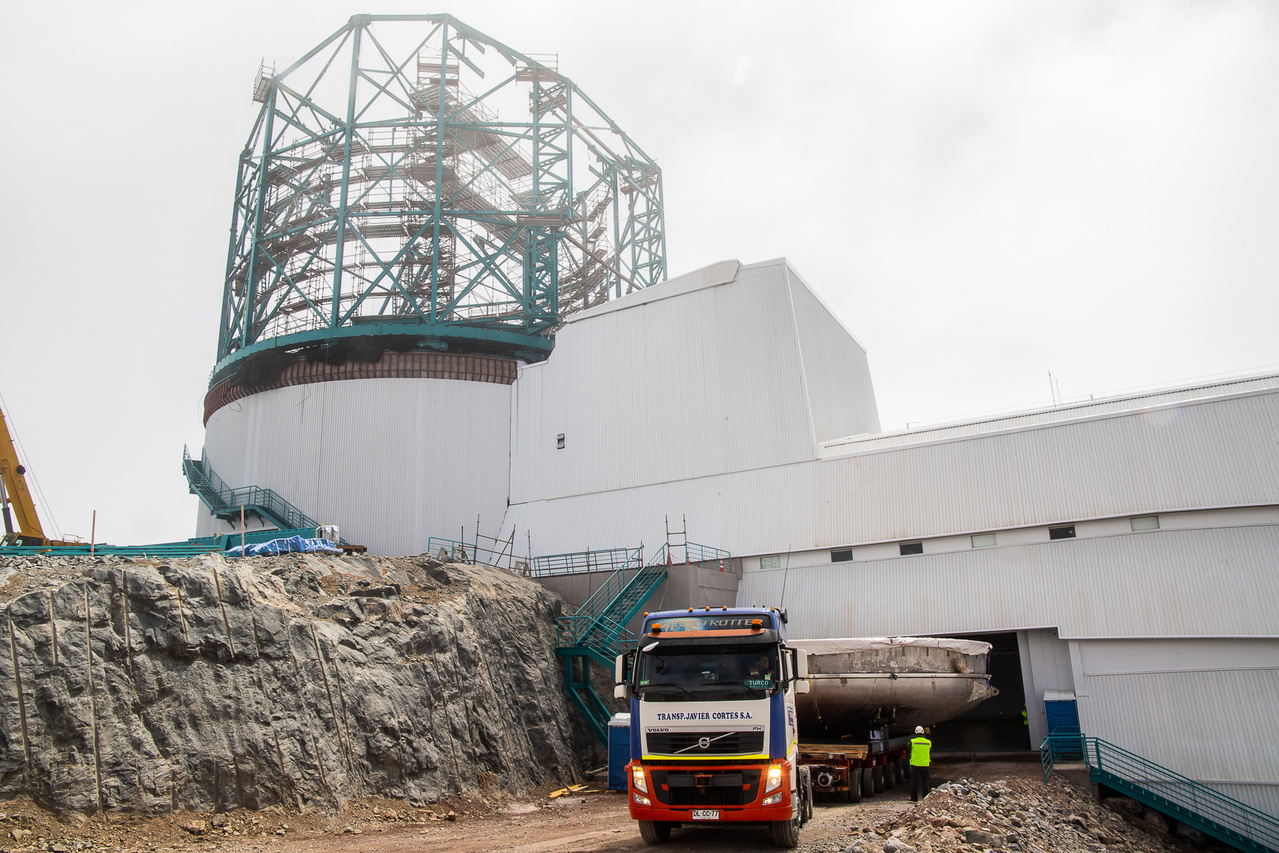 LSST will conduct a 10-year survey, and during this period its mirrors will be exposed to the elements each night as the telescope surveys the sky through the open side of the observatory dome. Over time the mirrors will get dusty, and the mirror coatings may develop small blemishes that eventually affect the telescope’s performance. To ensure that LSST continues to collect the sharpest possible images of the night sky, its mirrors will undergo periodic washing and recoating. It’s anticipated that the Primary/Tertiary Mirror (M1M3) will need to be recoated every two years, and the Secondary Mirror (M2) every five years, during the 10-year survey. Both the washing and recoating will be done inside the observatory; special equipment will be used to remove and transport the mirrors from the telescope to the washing station and coating chamber.

The 128-ton LSST Coating Chamber was constructed by Von Ardenne in Deggendorf, Germany. After final acceptance in June, 2018, Von Ardenne prepared the Coating Chamber for shipping, working closely with Michael Logue, Principal Surveyor for LSST. Logue is responsible for getting all the critical pieces of LSST safely to the summit of Cerro Pachón, and this is no simple task; LSST’s components have been under construction in factories and labs all across Europe and the U.S.

The Coating Chamber was loaded onto a river barge called the Modena on July 30, 2018. Despite challenges posed by low water levels on the Danube River, the barge arrived safely in Antwerp on August 14. Then, early in the morning on September 7, a heavy-duty mobile shore crane lifted the Coating Chamber aboard a ship named the BBC Arizona. The cargo then spent about six weeks at sea, traveling through the Panama Canal to reach Chile.

As Logue points out, getting large cargo items to Chile by sea is actually the “easy” part. The challenges multiply when it’s time to transport them from the dock at their arrival port to the summit of Cerro Pachón. After arriving at the Port of Coquimbo Terminal in Chile on October 23rd, it was divided into two parts, upper and lower, and transported by Javier Cortés, S.A. in specialized trucks from Coquimbo to the LSST summit facility on Cerro Pachón. The width of the cargo load was about 9 meters (29.5 feet), so this transport required cooperation between many parties to coordinate logistics, including the removal of hanging signs, utility cables, lights, etc. along the route. Local police provided an escort for the transport vehicles, and various administrative organizations assisted with road closures and permits to proceed. A map of the route is below.

One of the highlights of the trip was traveling through the Puclaro Tunnel, between La Serena and the AURA property gate. This tunnel has been a significant factor in the design of LSST; all of the telescope’s components must be able to fit—or must disassemble to fit—through the tunnel. The Coating Chamber’s halves are the widest pieces of LSST cargo that will pass through the tunnel, although not by much; the M1M3 Mirror in its transport box will be almost as wide a load. The attached photos show how little clearance the Coating Chamber had in the tunnel, but thanks to skilled operators and sound judgement from the LSST and Javier Cortés teams, the trucks passed through without incident.

The trucks carrying the Coating Chamber arrived on the summit of Cerro Pachón on Friday, November 9. Each truck was carefully backed down a sloping driveway to a roll-up door accessing the third level of the  LSST summit facility building, and the pieces of the Coating Chamber were unloaded and placed inside the building by a 60-ton crane.

According to Tomislav Vucina, LSST Coatings Engineer, "The LSST Coating Chamber will be the largest, most modern, and most powerful mirror coating mechanism used by any telescope in the world." Now that it has been successfully received on the summit of Cerro Pachón, it will undergo a six-month program of “assembly, integration, and commissioning,” which means that Vucina will oversee installation of all components of the Coating Plant, and the testing necessary to ensure that everything works the way it’s supposed to. After final acceptance, and after both LSST mirrors arrive, the Coating Chamber will be used to coat the Primary/Tertiary Mirror (M1M3) with aluminum, and the Secondary Mirror (M2) with silver.

LSST thanks everyone involved in the many stages of transport for making the Coating Chamber move a success. 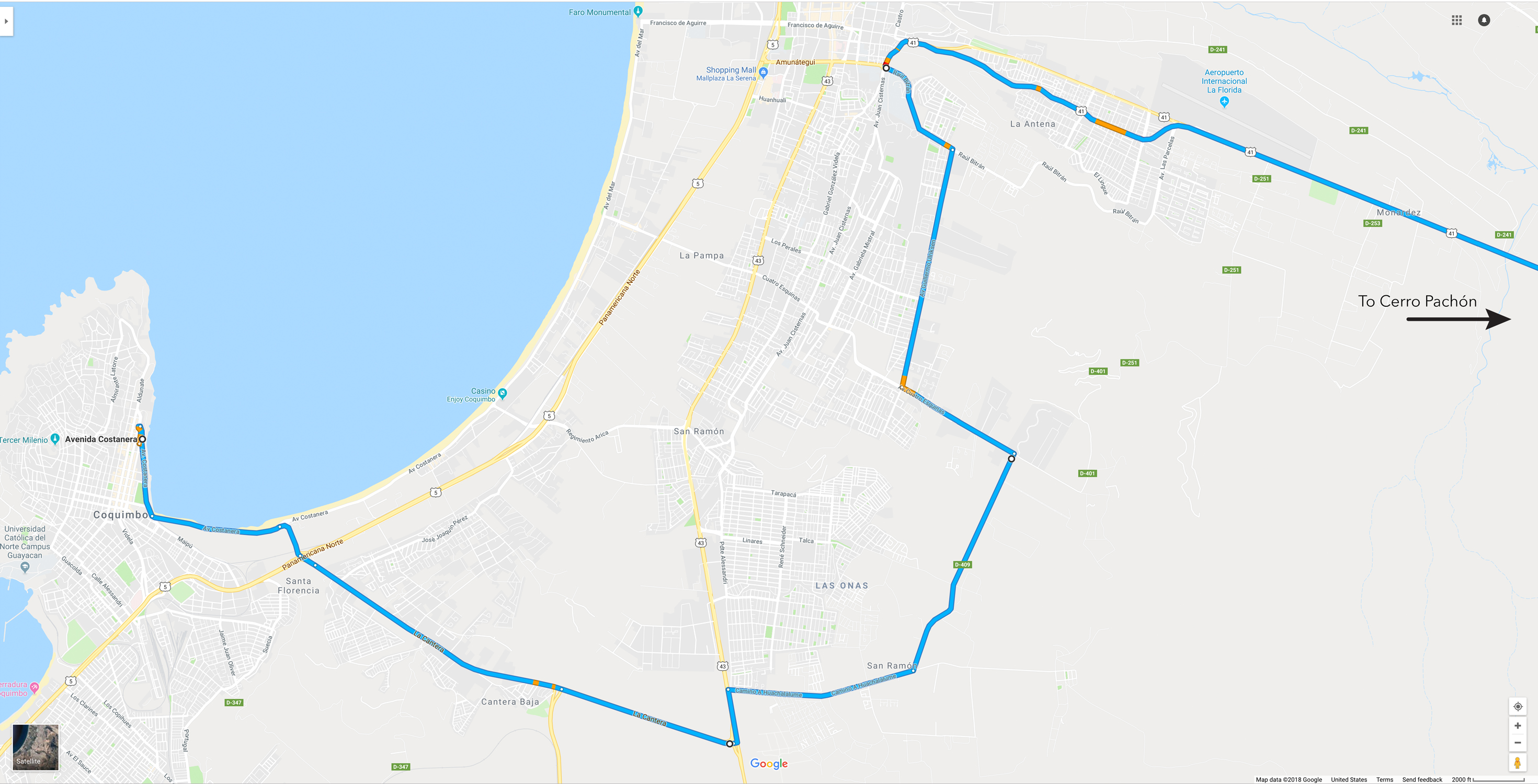 More photos of the Coating Chamber during construction and shipping, and after its arrival in Chile, are available in the LSST Gallery.

View the press release for the arrival of the Coating Chamber on Cerro Pachón here.