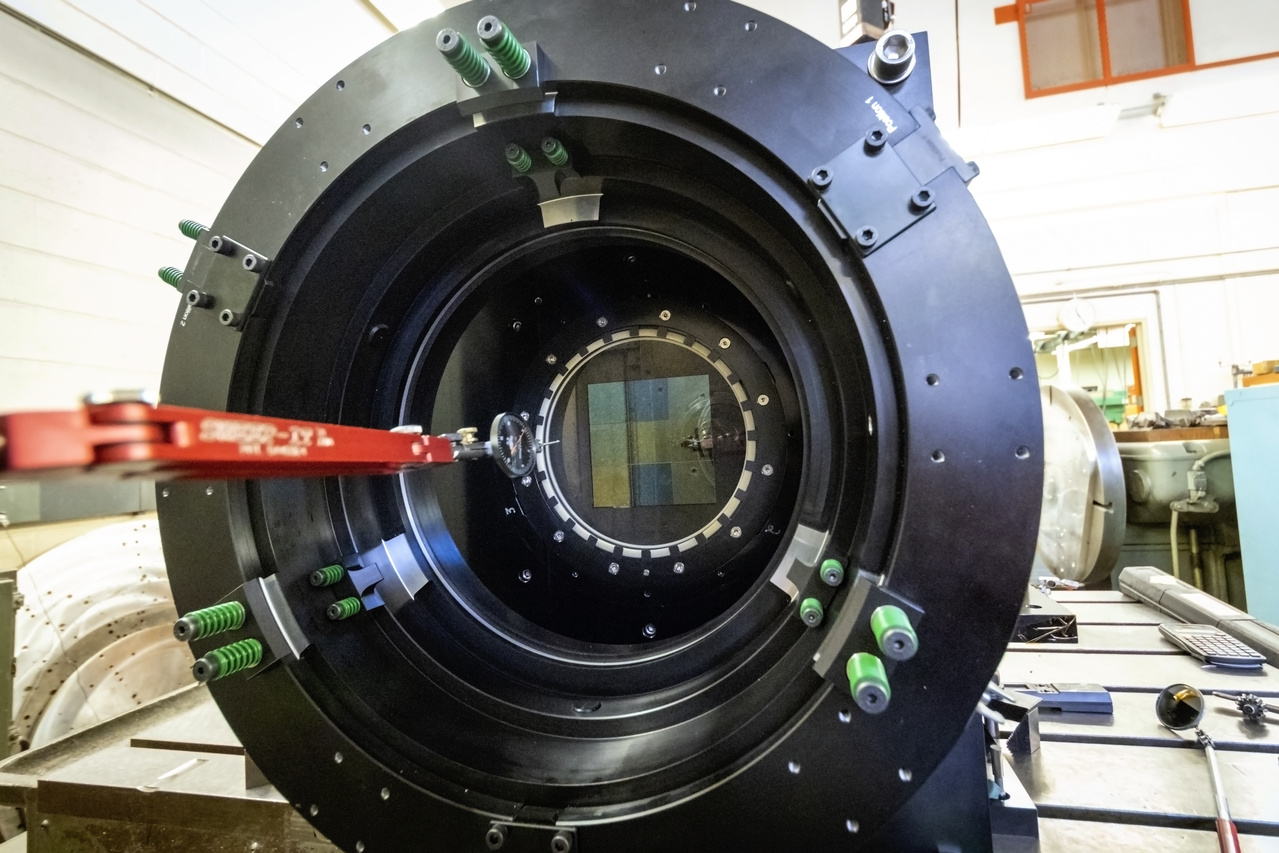 August 9, 2019 - Earlier this summer, the LSST Project Office received a special delivery from SLAC National Accelerator Laboratory: the commissioning camera for the full LSST Camera. This “miniature” 144-megapixel camera, referred to as ComCam, will be used to test the different systems that will eventually interact with the full 3200-megapixel LSST Camera, allowing LSST engineers and scientists to troubleshoot issues in advance of the full LSST Camera integration. ComCam will also produce valuable scientific preview data that will help the LSST Science Community as it prepares to do science with the much larger LSST data set during Operations. 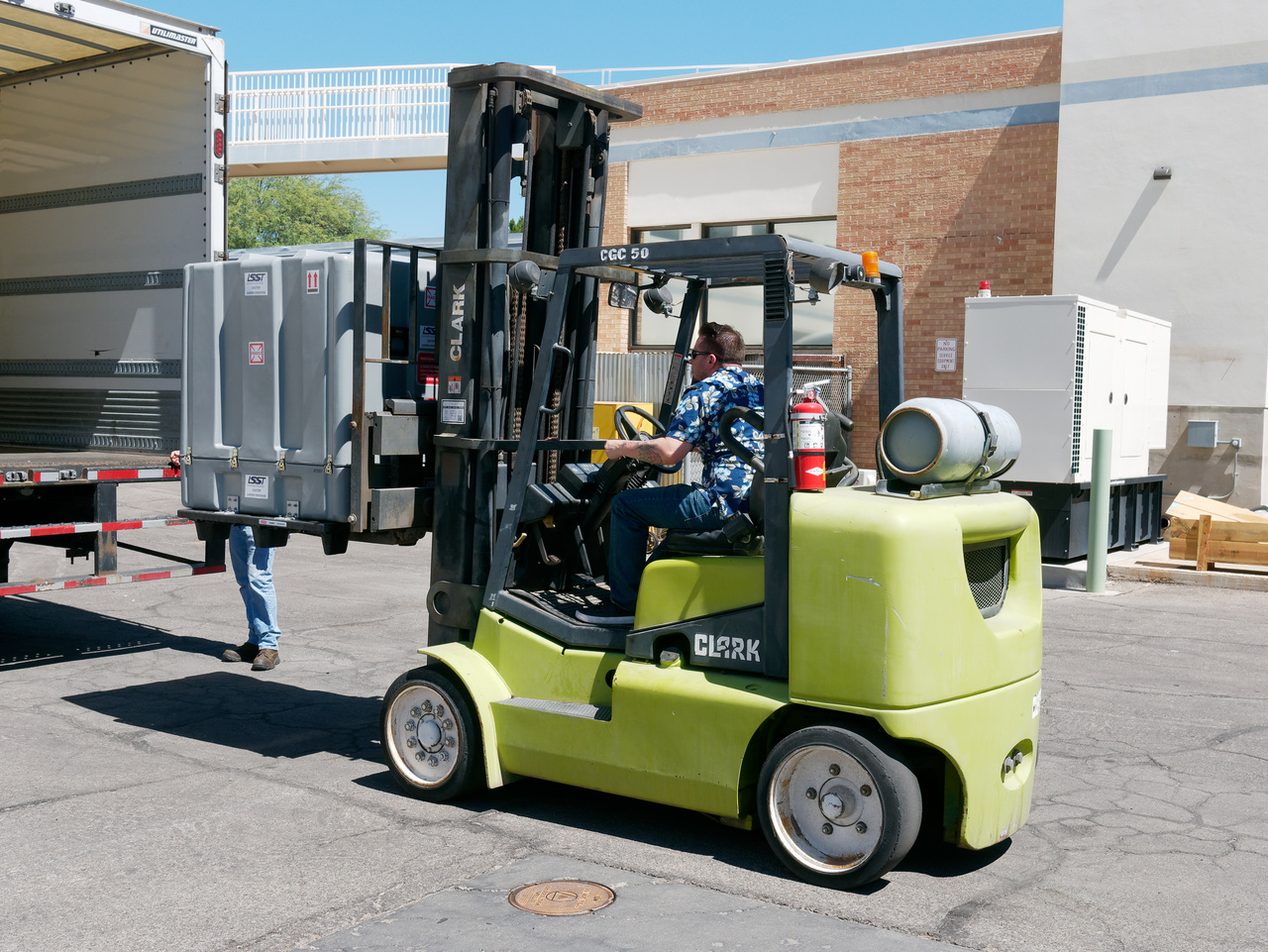 So why is ComCam in Tucson? Now that it has arrived at the Tucson instrumentation shop, the ComCam cryostat assembly (built by SLAC) will be integrated with the camera optics and parts of the telescope structure and tested under software control as it will be in Chile. These optics include a field corrector consisting of three glass lenses, a three-position filter changer, and a camera shutter—all will be added to the camera. After that, ComCam will undergo several weeks of functional and performance testing, similar to the testing being performed on the full LSST Camera at SLAC. This will be the first time the hardware of ComCam is integrated with the observatory software (developed by Telescope and Site) and the Data Management systems, marking a significant integration of LSST’s three major subsystems. The observatory software created by the LSST Telescope and Site team is the software that controls the camera and coordinates with the other observatory systems. The Data Management systems, provided by the National Center for Supercomputing Applications (NCSA) in Illinois, will take the data from the camera and transmit it to NCSA for analysis. Once all of these systems are playing nicely together, the team will run through a simulated night of observations where software programs stand in for the major components of the LSST observatory—the dome, telescope, mirrors, etc. These software programs will communicate with ComCam the same way the actual components will on the summit; this test can be considered a "dress rehearsal" for the observing that will take place on Cerro Pachón once the ComCam arrives there.

In the fall, once these simulations and tests are completed, the entire instrument will be installed into a section of the telescope support structure that is designed to mimic the full-sized LSST Camera (having the same mass and center of gravity). After verifying that everything fits and is positioned properly, ComCam will be carefully packaged and shipped to Chile for an anticipated arrival in early 2020.