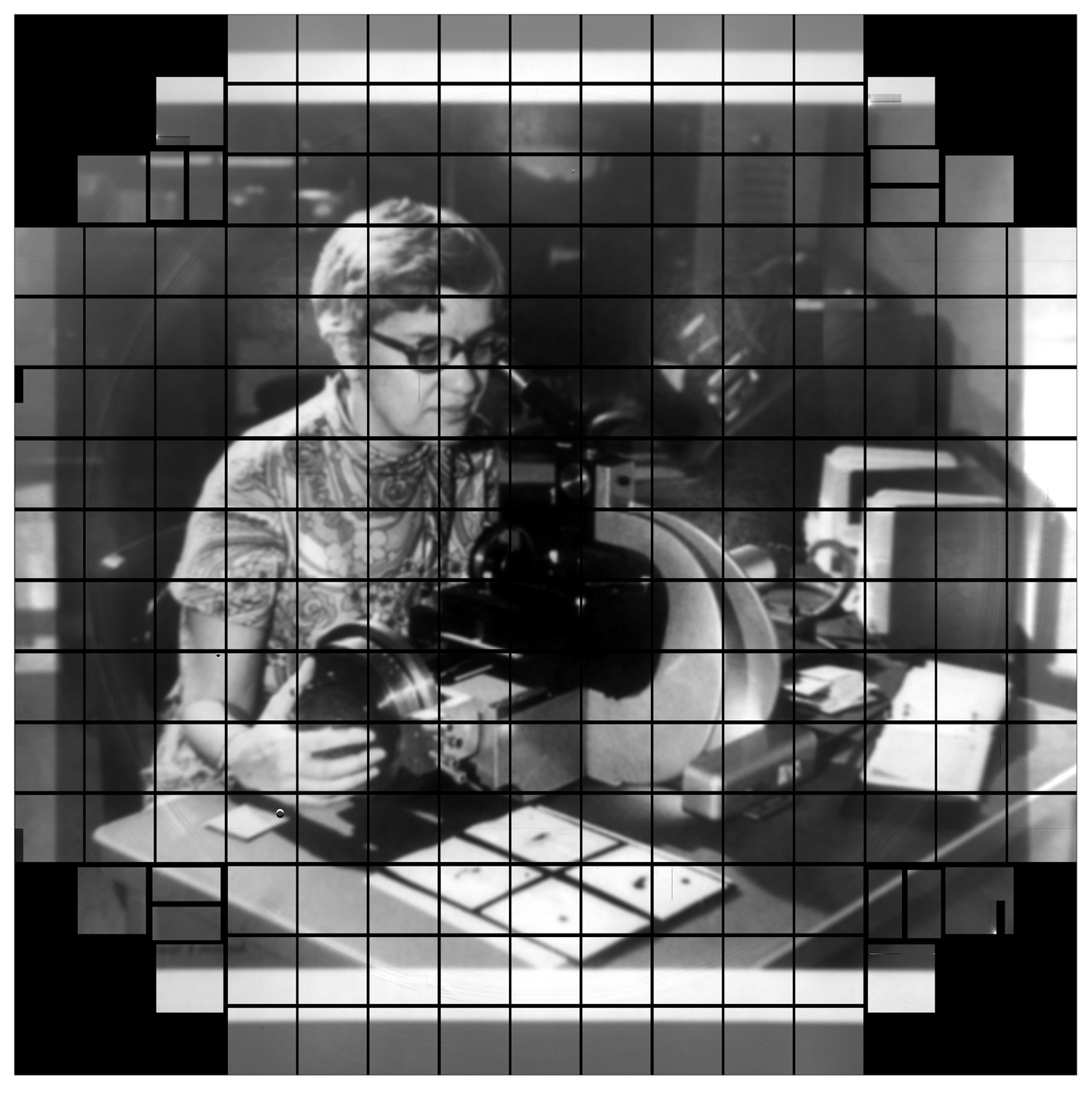 September 8, 2020 - The Rubin Observatory LSST Camera team at SLAC National Accelerator Laboratory has released the first 3200 megapixel digital photos taken using the array of imaging sensors that will be integrated into the LSST Camera. These are the largest images ever captured in single shots, and they are a successful test of the LSST Camera’s focal plane, which was completed at SLAC in January 2020. In order to take these photos without the fully assembled camera, the SLAC team used a 150-micron pinhole to project images onto the focal plane. The images and the SLAC press release, which contains additional information about the LSST Camera and the focal plane images, can be found on the SLAC website.

The LSST Camera team chose the subjects for the first set of images carefully. One image features a head of Romanesco; a vegetable closely related to broccoli and selected for its very detailed surface structure. Another image, of a print of the Flammarion wood engraving, is often used to invoke the scientific quest for knowledge. Collage images of the LSST Camera team at SLAC, and of the logos from organizations involved in the LSST Camera project, acknowledge the contributions from numerous individuals and institutions that have made these images possible. Finally, an image of Vera C. Rubin, photographed as she worked to answer her own questions about the Universe, was included to honor Rubin Observatory’s namesake.

The LSST Camera focal plane contains 3.2 billion pixels, each about 10 microns wide, and the focal plane itself is extremely flat, varying by no more than a tenth of the width of a human hair. This allows the camera to produce sharp images in very high resolution. The images taken by the LSST Camera are so large that it would take 378 4K ultra-high-definition TV screens to display one of them in full size. The focal plane is more than 2 feet wide, large enough to capture a portion of the sky about the size of 40 full moons—this will allow Rubin Observatory to image the entire Southern Hemisphere sky every few nights. Together, the Simonyi Survey Telescope and the LSST Camera are designed so that the imaging sensors will be able to spot objects 100 million times dimmer than those visible to the naked eye—a sensitivity that would let you see a candle from thousands of miles away.

In the next few months, the LSST Camera team will insert the cryostat with the focal plane into the camera body and add the camera’s lenses, shutter, and filter exchange system. By mid-2021, the SUV-sized camera will be ready for final testing before it begins its journey to Chile.

SLAC’s Steven Kahn, Director of Rubin Observatory, said, "This achievement is among the most significant of the entire Rubin Observatory Project. The completion of the LSST Camera focal plane and its successful tests is a technological victory that will enable Rubin Observatory to deliver next-generation astronomical science."