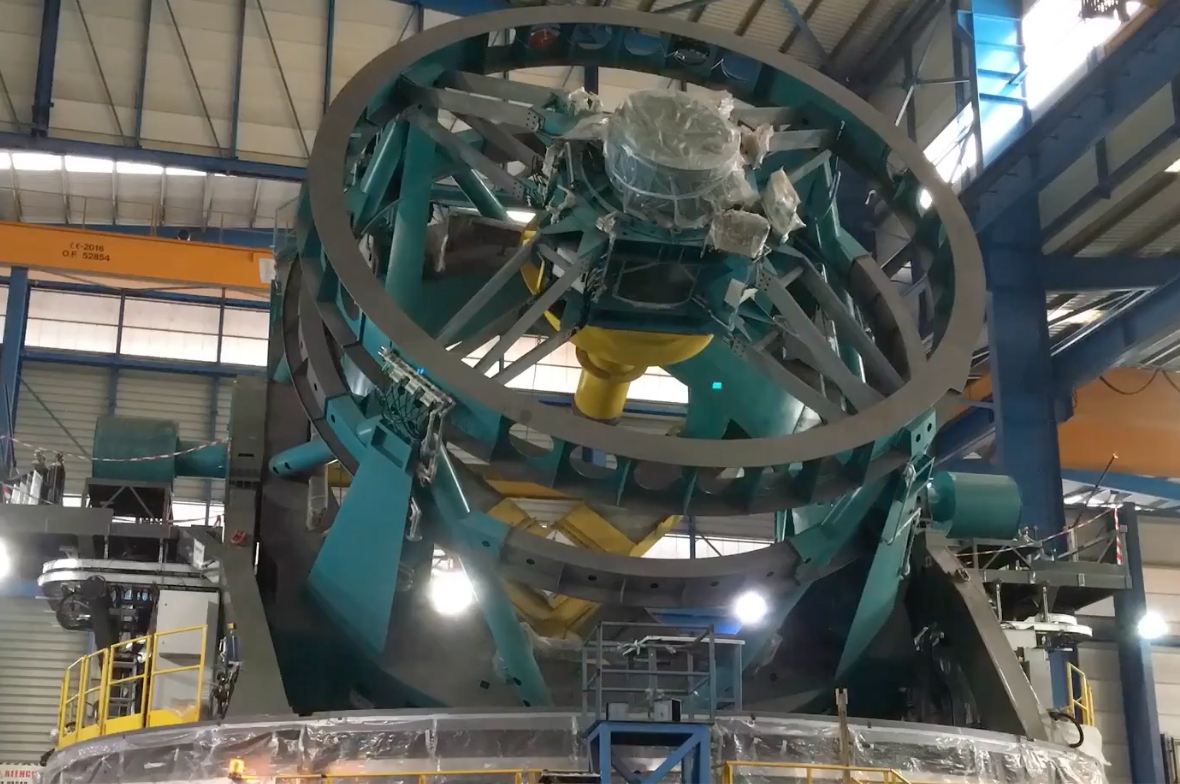 Although LSST’s telescope will eventually be controlled by computers, current balancing activities require a manual approach in which the telescope, while floating on oil, is moved by winches. Measurements of the force on the telescope are taken to ensure the telescope is balanced whenever it’s off-zenith. This video, taken during the balancing of the elevation structure, illustrates the process.

The LSST Camera and glass mirrors won’t be integrated with the TMA until it arrives on Cerro Pachón and undergoes extensive testing there, so steel surrogates (painted yellow) are being used to simulate the mass of those components in the factory. According to LSST TMA Technical Manager Shawn Callahan, “With the surrogates installed, and the telescope balanced, you could theoretically move the entire structure with your hand.”

The Asturfeito team is also using a laser tracker, mounted on the Primary/Tertiary Mirror (M1M3) surrogate, to carefully measure the locations of the critical optical interfaces, ensuring all the surfaces are exactly where they need to be for successful integration of the Camera and mirrors.

This month, subcontractors from all over Europe are meeting at Asturfeito to install the support equipment necessary to move the telescope under computer control, which is currently scheduled to take place at the end of March.

Read more about the construction of the TMA here.