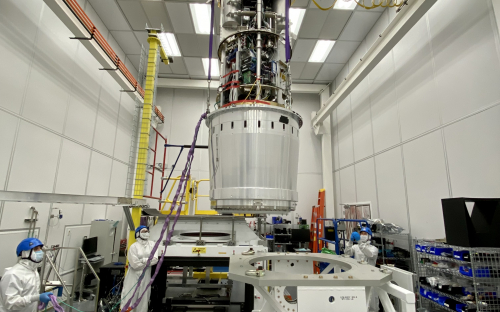 November 12, 2021 - The LSST Camera team at SLAC National Accelerator Laboratory celebrated a very cold day during the last week of October—not because of the weather, but because both of the systems that keep the LSST Camera cool were running successfully together for the first time since January 2021.

The LSST Camera generates a lot of heat—because of its size it produces about ten times more heat than early astronomical cameras. The refrigeration system is needed to maintain the focal plane sensors at their optimal operating temperature, and to remove the heat generated by the associated electronics, without introducing vibrations that would affect image quality. The Camera team has developed two separate systems to achieve this: the "Cold" system, which cools the raft electronics, and the "Cryo" system, which cools the camera's CCDs.

The Cold and Cryo systems were operating together early in 2021, but at that time the Cryo system was operating with temporary (integration and testing) heat exchangers, and the Utility Trunk wasn't yet connected to the Cryostat. There were also some performance issues with the Cold system that needed to be solved. All of this work took place in the intervening months, and in September the Camera team was ready to start the multi-step process necessary to get both the systems running again.

The Cold system was started up first, on September 27th, and was soon cooling the raft electronics to a range between -10°C and +10°C. The improvements made by the team had resolved previous performance issues, and the system was running smoothly.

Next came preparation for the startup of the Cryo system. This involved a number of careful and specific steps, especially since it was the first time running the system with the production heat exchangers. Each of the six circuits of the Cryo system was deliberately turned on, then off, then on again. And with that, the system began to cool the CCDs—ultimately reaching a very chilly -100°C. Both the Cold and Cryo systems take between 12-18 hours to reach their full cooldown temperatures.

Now that both systems are running successfully, the Camera team will begin a full suite of Electro-Optical tests to optimize the performance of the focal plane (which includes the CCDs, readout board electronics, and thermal systems). This will be followed by a complete set of verification tests with nearly-final operating conditions. These tests will involve collecting about six weeks of data (in the form of many, many images), and testing a variety of factors like diffusion, read noise, dark or hot pixels or columns, gain, cross-talk, non-linearity, brighter-fatter, and charge transfer inefficiency. Which is all to say that the LSST Camera is getting closer and closer to being ready to ship to Chile in 2022! 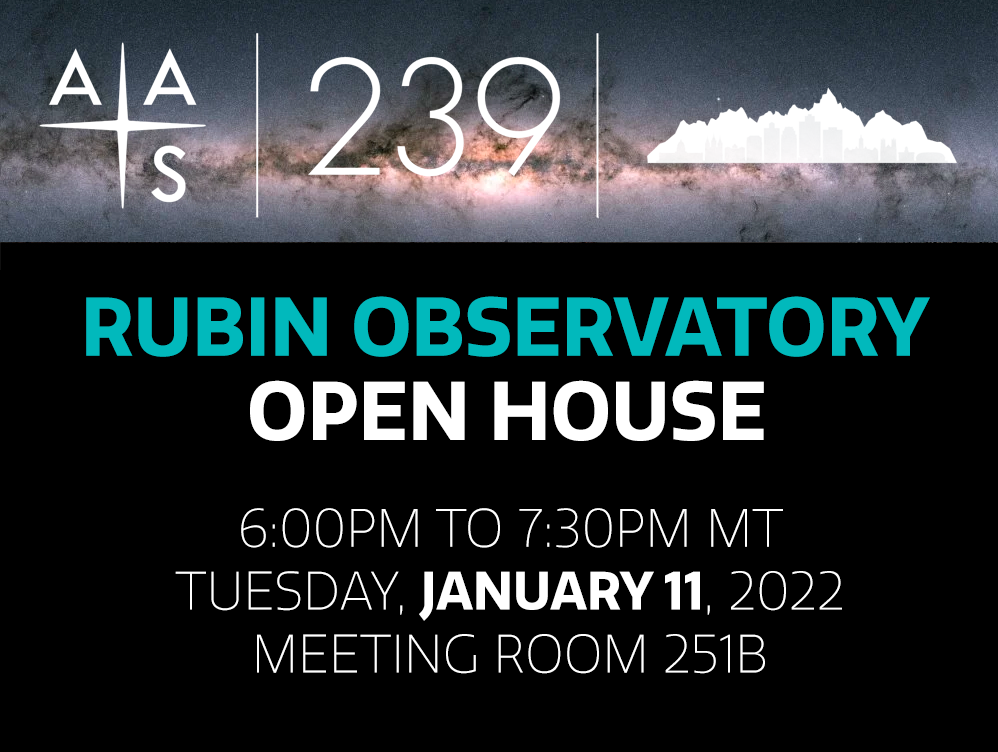 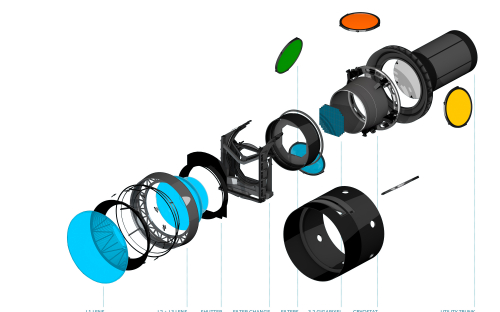